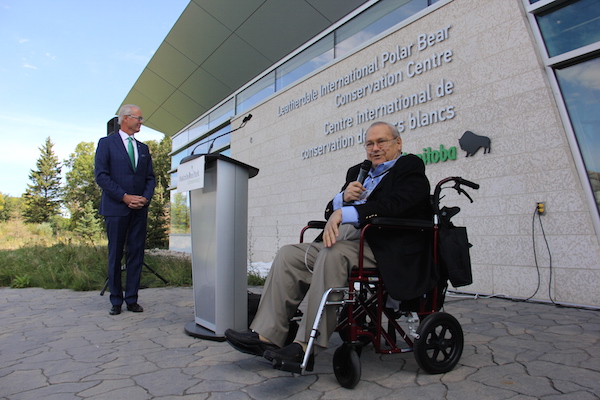 WINNIPEG — The IPBCC is now the LIPBCC. Allow us to explain.

The Assiniboine Park Conservancy has received a $2 million donation from Doug and Louise Leatherdale towards its Imagine a Place Campaign.

“Assiniboine Park Zoo strives to be a leader in education, research and conservation and its donations such as this that make our work in those areas possible,” said Margaret Redmond, president and CEO of the Assiniboine Park Conservancy.

The campaign’s fundraising efforts have now raised more than $133 million towards the overall $200 million redevelopment goal.