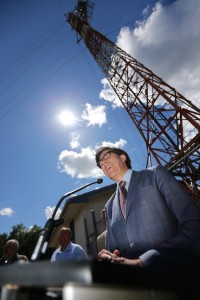 MTS has added the Manitoba community of Hamiota to its 4G LTE wireless network.

Hamiota is the latest rural community to see the addition of ultra fast LTE speeds in the province. So far this year, MTS has extended its LTE reach to 30 communities across Manitoba.

In a statement, the company says LTE provides customers with download speeds up to 150 Mbps, reaching 98 percent of the province’s population.