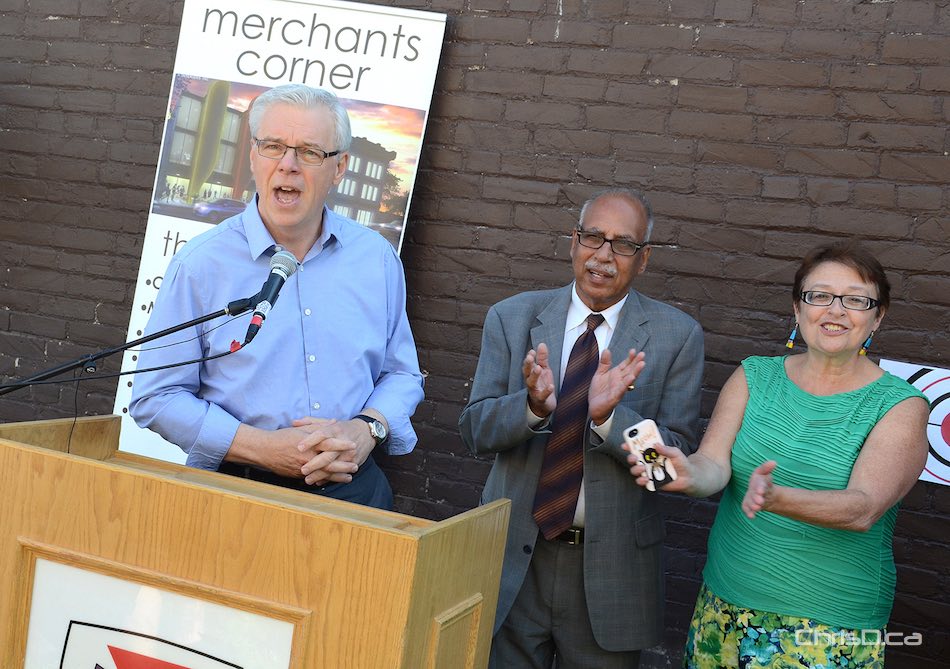 The historic three-storey building — constructed in 1913 — is being transformed into an educational and affordable housing complex.

The conversion to a mix of residential and educational uses will adhere to heritage principle in respect to the exterior renovation.

In what’s being touted as the new “jewel of the North End,” the iconic corner at Selkirk Avenue and Andrews Street will also see the demolition of the adjoining one-storey restaurant/beverage room, constructed in the 1950s. 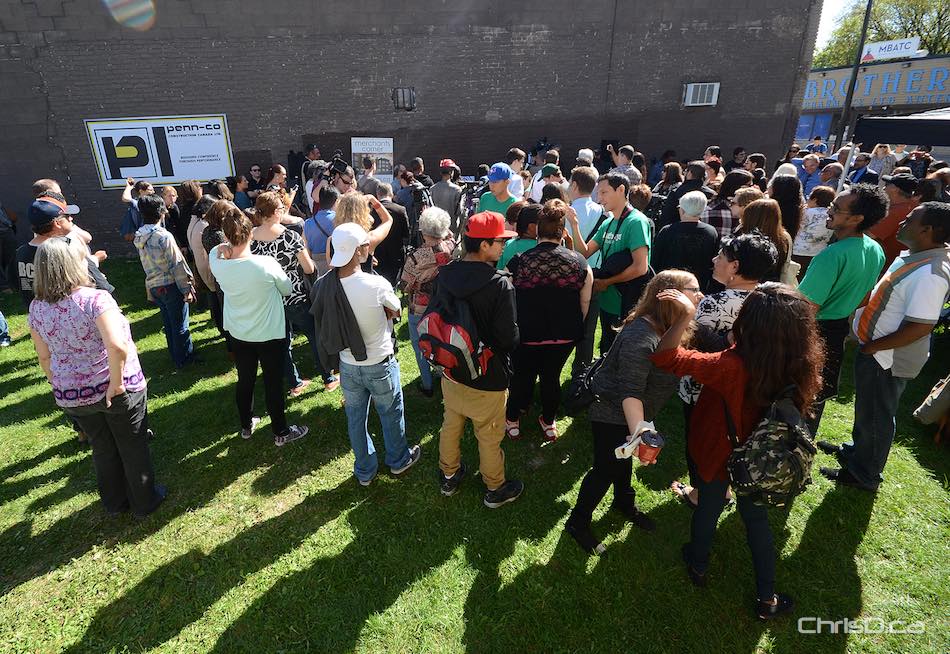 Dozens turn out for the start of construction to tear down the old Merchants Hotel on Selkirk Avenue Wednesday afternoon. (STAN MILOSEVIC / CHRISD.CA)

The hotel has been closed since April 2012.

Once complete, the complex will include 30 affordable and low-income housing units, a high school completion program and an on-site café.

The provincial government, through Manitoba Housing and Community Development, has committed more than $15 million towards the project. Efforts to raise more than $3.7 million in community capital is ongoing.