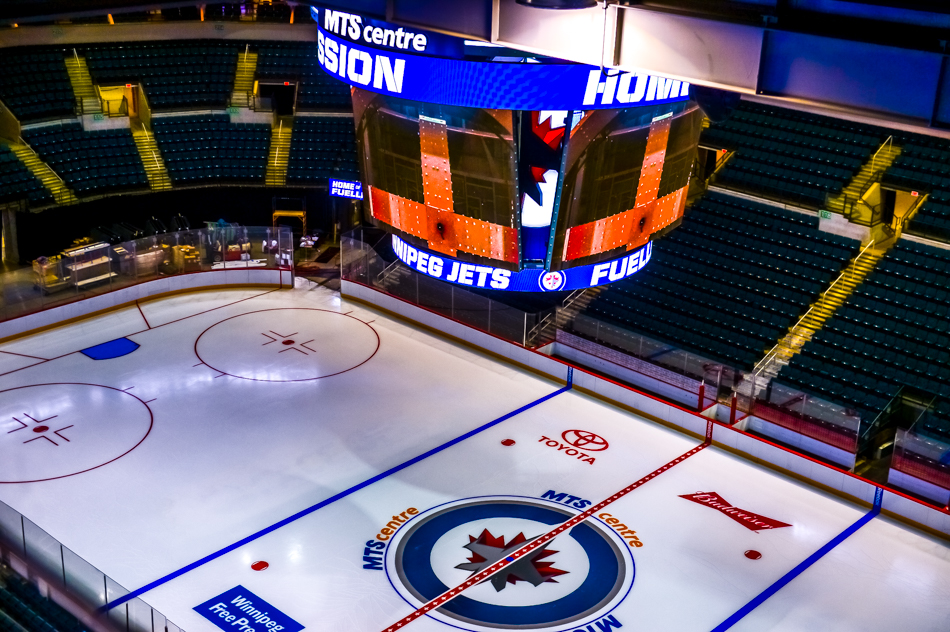 WINNIPEG — When visitors to MTS Centre begin streaming in for the 2015-16 NHL season, they’ll be treated to $12 million in enhancements made over the summer.

True North Sports & Entertainment has made numerous upgrades to the downtown home of the Winnipeg Jets, including the addition of 278 new premium ‘loge’ seats with swivel chairs on the upper concourse. 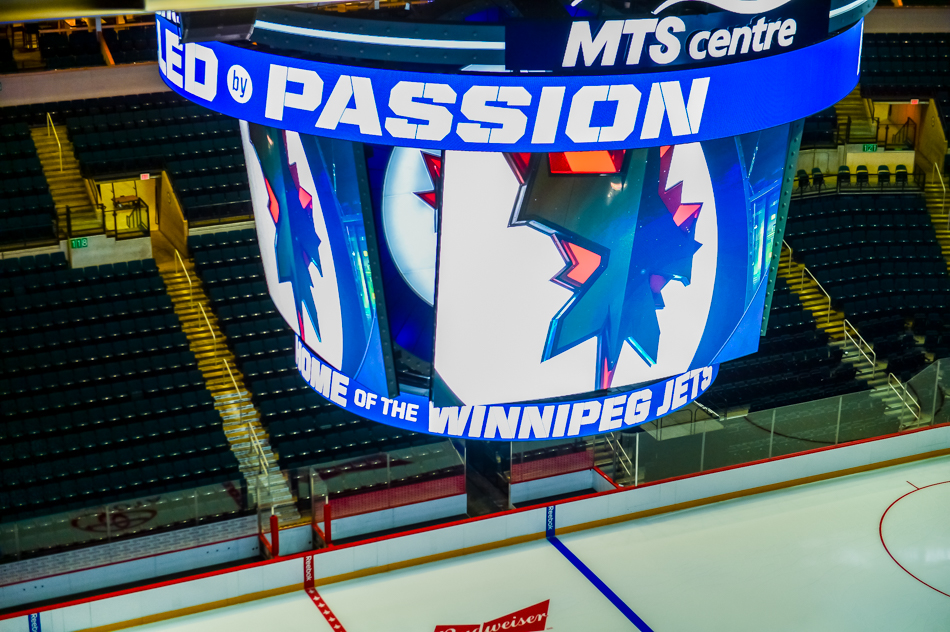 The new scoreboard features 720p HD technology and is 10x higher resolution than the previous board. (JEFF MILLER / CHRISD.CA)

The main attraction — and most visually recognizable to fans — will be the new HD scoreboard with LED rings. Size-wise, it’s 2.5 times larger than the previous scoreboard, with 4 HD 17′ x 22′ 6MM screens with 720 lines of resolution. True North didn’t splurge to go full HD, unfortunately, but it’s still 10 times the resolution from the old display. 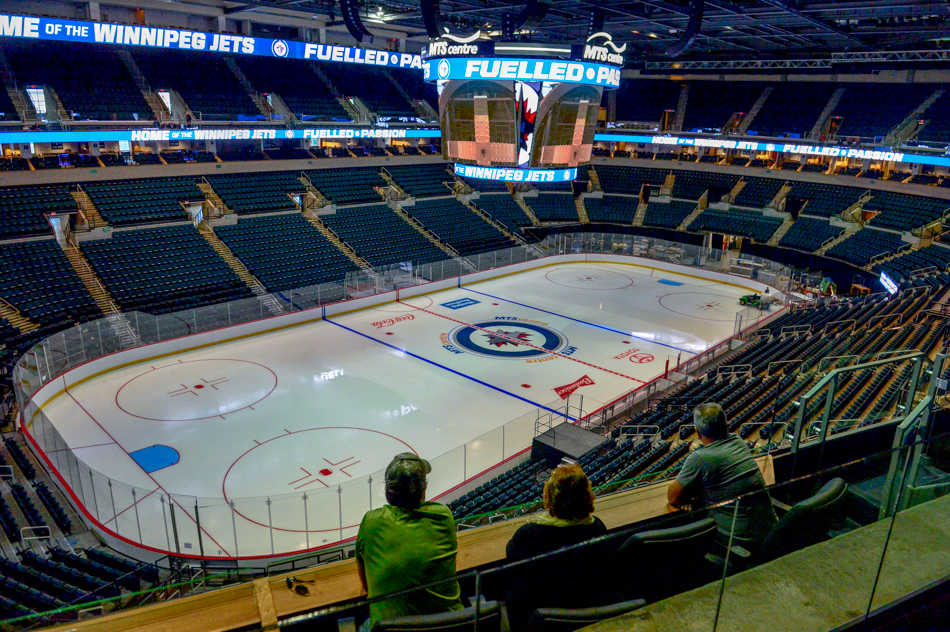 Fifty-five suits on the premium suite concourse were also given a makeover. New 60” LED TVs have been installed in each suite, with new food and beverage offerings for increased hosting conveniences. 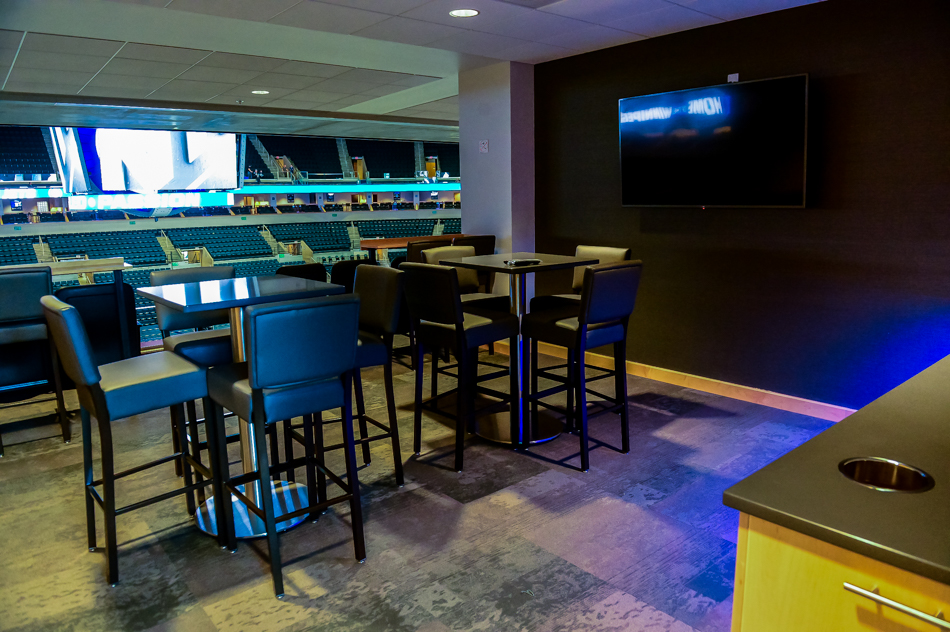 Behind the scenes, a brand new HD control room will improve the game experience for fans, allowing for the control of additional POV cameras in the penalty box, home and away team hallways and home team beach.

The upgrades are part of True North’s “TN 2020” initiative to invest nearly $30 million in building enhancements by 2020. 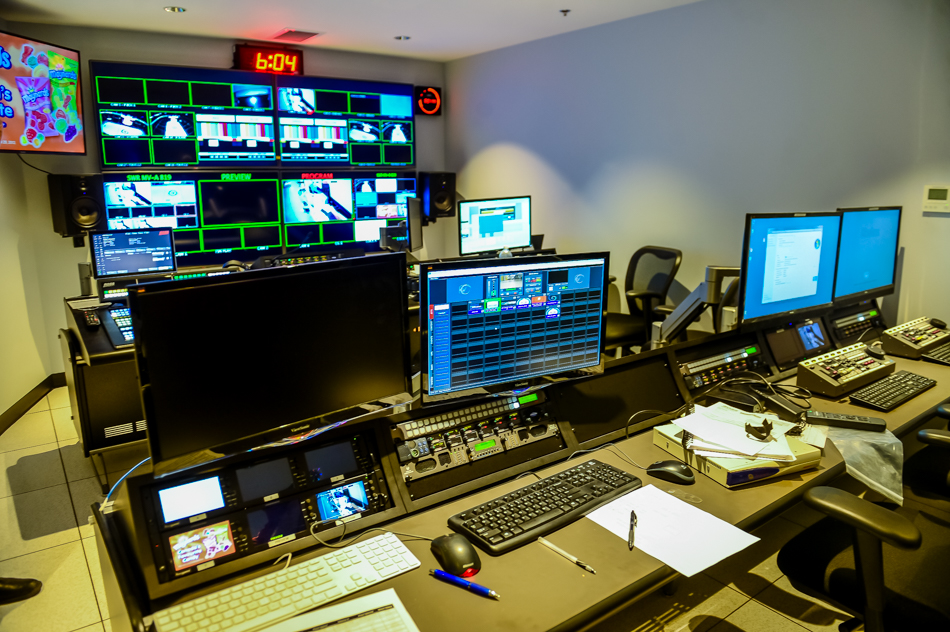 Hockey fans will see the improvements for the first time when the Jets host the Minnesota Wild for an exhibition game on September 22 at 7 p.m. 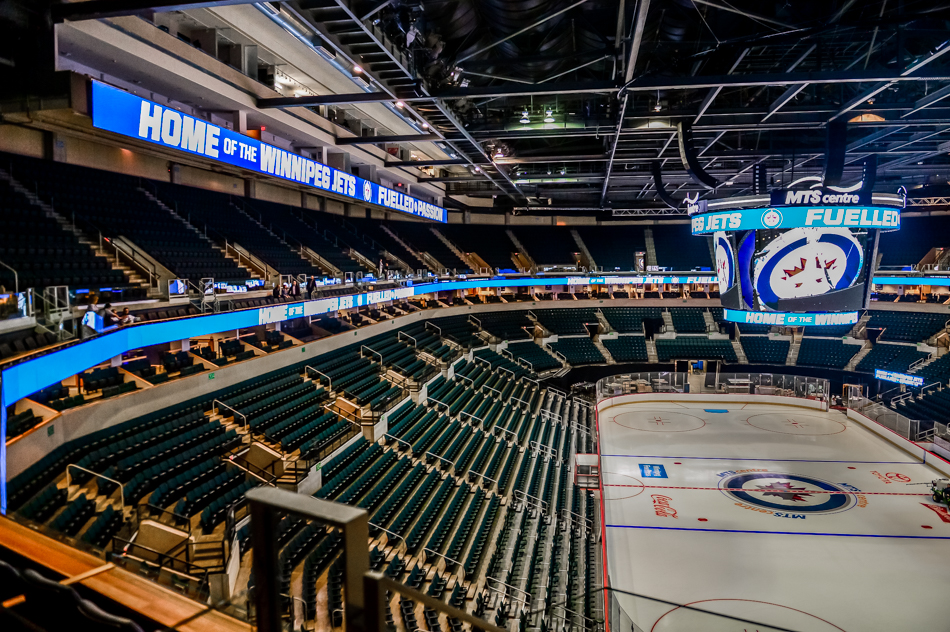