Home » News » Police to Move into Downtown HQ in December

Police to Move into Downtown HQ in December 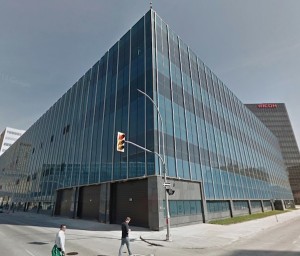 The former Canada Post building, which has been renovated to house the new Winnipeg police headquarters at 245 Smith Street. (GOOGLE STREET VIEW)

The new downtown Winnipeg police headquarters will be vacant until at least December.

The city has announced the building at 245 Smith Street will now see the police take possession on December 15. Officers were supposed to move in last year, but a late summer rainstorm flooded the basement and caused other damage.

The project has been plagued with delays and cost overruns to the tune of $75 million. RCMP carried out a search warrant on Caspian Construction last December — the contractor of the project — seizing several boxes of data and computers. Results of the raid haven’t been made public.

“I can’t help but note that December 22 is the winter solstice, the official beginning of a new season,” said Chief Devon Clunis. “It appropriately opens the beginning of a new chapter in the history of the Winnipeg Police Service.”

The WPS will begin the physical move on Monday, December 21 when divisions and units from across the service begin migrating to the new site on a staggered basis.

The 630,925 square foot headquarters will house 14 divisions and has an estimated life of 50 years.

← Previous: MITT Offers Up Heavy Equipment Certificate Program Next: Swearing, Jabbing and Support From the Dead, All in One Election Race →
Tags: Winnipeg Police