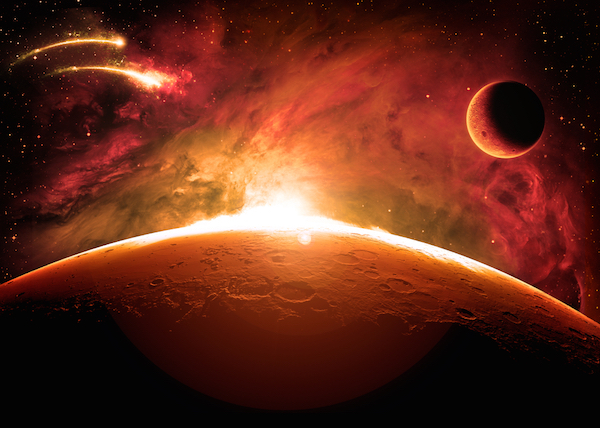 WINNIPEG – From now on when someone says it’s as cold as Winnipeg, you may have to ask them to be more specific.

A team of NASA scientists who are working with the Curiosity rover as it scans the red planet have named a small patch of rock “Winnipeg.”

“It’s been looking for water, essentially, evidence of past life and things like that. So Winnipeg is one of those spots along that scientific journey,” Scott Young, an astronomer with the Manitoba Museum, said Friday.

The news was part of an online update of the Curiosity mission earlier this week. It said Winnipeg is a “target” in a ridge called the Murray formation. The area contains three targets, which are small areas which the rover examines in detail and then beams the information for analysis back on earth.

Young suspects the naming of target Winnipeg is a result of news stories several years ago that compared a particularly cold stretch of a Winnipeg winter with weather reports from the surface of Mars. It turned out Winnipeg was colder.

He said there are scientists from Winnipeg who’ve gone on to work for NASA who may remember fondly — or shiver — at their memories of the city’s famously cold winters.

Curiosity has been taking pictures of the targets, then blasting bits of rock with a laser and noting the colour of the vapour to determine their composition. It’s also looking at whether the layers of rocks and grains appear sedimentary, which would indicate water, or are wind-blown.

“You sort of take some close-up pictures. Then you drill into the rock. Then you stick your magnifying glass in there and look up close to see what you’ve uncovered. That’s pretty much what they did to the area called Winnipeg,” Young said.

“Of course that’s where we hope they’ll find some big discovery. But we’ll have to see what happens.”

He said the best clue would be to find some kind of fossil.

While Winnipeg, Mars, may actually be warmer some mornings than its Manitoba namesake, Young said that doesn’t mean a Winnipegger would feel at home there.

For starters, he said those Winnipeg-like temperatures on Mars only exist a few centimetres above the soil surface. Above that, the atmosphere is so thin that it gets much colder very quickly.

“You wouldn’t be able to breathe, there’s not enough pressure so your blood would begin to boil. It would be a pretty nasty experience to be out on the surface of Mars,” Young said.

“We can survive Winnipeg winters with proper dress. But that’s just not possible on Mars, alas.”