United Way Pulls It Together in Annual Plane Pull 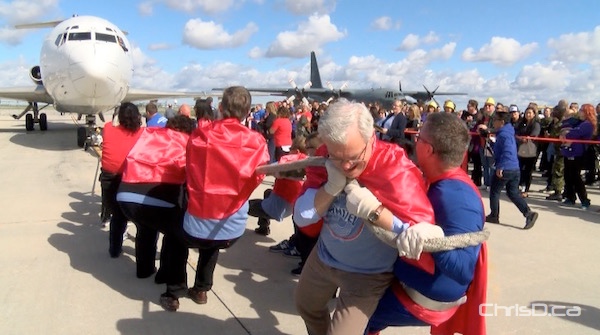 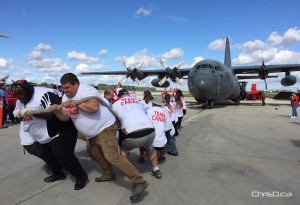 A team from Canad Inns pulls a C-130 Hercules on Friday. (CHRISD.CA)

Close to 2,000 people turned out Friday as the United Way of Winnipeg kicked off its annual fundraising campaign.

The traditional Plane Pull at Red River College’s Stevenson Campus saw a record 64 teams attempt to pull a FedEx plane and a C-130 Hercules in the shortest amount of time.

“Pulling planes is an excellent representation of what we can achieve when we work together as a community,” said MTS Allstream CEO Jay Forbes, a sponsor of the United Way.

“Last year, your kindness directly touched the lives of more than 250,000 people and families in Winnipeg,” he told the audience. “We want to enhance programs that are working and we want those programs to reach more people.”

United Way estimates that achieving this year’s goal will take an additional $1 million over last year’s record-breaking achievement of $20.2 million.