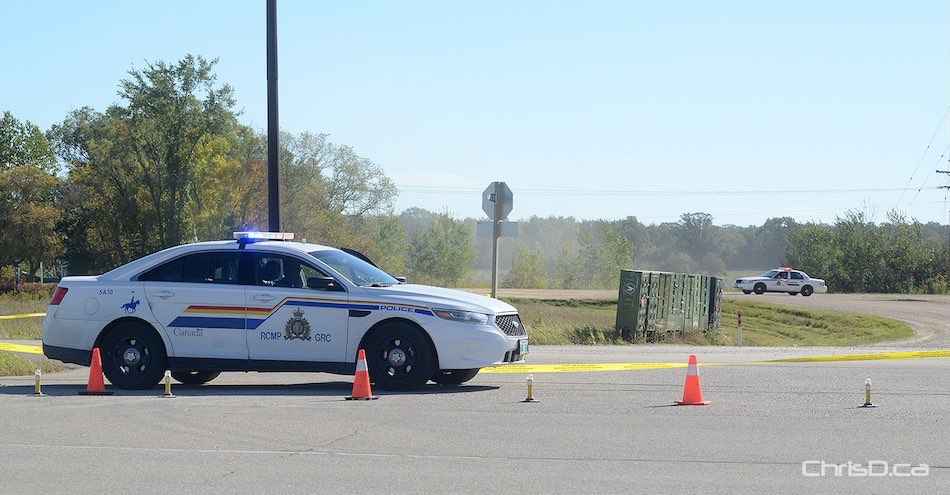 RCMP block off an area near Highway 59 Shooting and Kirkness Road to investigate an officer-involved shooting on Monday, September 21, 2015. (STAN MILOSEVIC / CHRISD.CA) 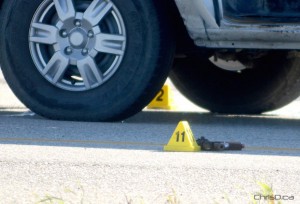 A gun is singled out by an evidence marker as RCMP and Winnipeg police investigate a shooting involving an officer on Monday morning. (STAN MILOSEVIC/ CHRISD.CA)

WINNIPEG – A 44-year-old man who was shot and killed by police on the weekend had been suffering from depression, says his mother-in-law.

Haki Sefa died at the scene of the shooting late Sunday night on Highway 59, just north of Highway 44.

“It’s a shock,” Janice Sefa, his mother-in-law, told CTV Winnipeg on Monday. “I’ve been estranged from Haki so I don’t know every little detail of what’s going on in his life, but I heard … that he’s had some depression and trouble in his family.” 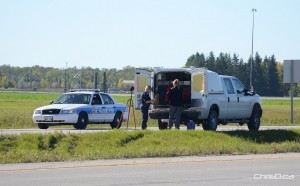 Winnipeg police weren’t commenting on the incident. The province’s newly formed Independent Investigations Unit — which looks at all serious incidents involving police — has taken over the investigation.

Executive director Zane Tessler told a news conference that officers got a call from a man’s family on Sunday and began a search for his white work van. They spotted it inside the city and followed it to the area where the shooting took place.

“There was a concern for him,” Tessler said, though he wouldn’t say if the family warned whether the man might commit any crimes.

Tessler wouldn’t confirm the man shot had a gun of his own but said a firearm was found at the scene that did not belong to any of the police officers.

“We’re just in the process of trying to link that to him,” he said.

Tessler wouldn’t say whether the man threatened police or whether officers felt in danger but said “officers were required to use their service weapons.” No officers were hurt during the incident. Some tried to perform CPR on the man after the shooting.

This is the first officer-involved shooting being looked at by the Independent Investigations Unit, which began operations in June. Tessler said the aim is not to determine whether officers acted appropriately or not; it’s to find out what happened.

“We don’t begin our investigations by looking at the end result,” he said. “We’re not looking to see whether or not it’s justified from the beginning — we’re looking to gather all the available information and evidence and facts that we can accumulate and then review, analyze and let it determine where that evidence takes us to.”

Anetta Fatla, who lives near the scene of the shooting, said she was watching television with her family and friend Marta Janusz on Sunday night when everyone heard sirens.

“Sirens are normal here because it’s a highway here so we didn’t even notice that, but then we heard, like, a few times, shots,” said Janusz. “Then we started panicking. Especially the kids.”

Janusz said she heard four gunshots one after the other.

When she looked out the window, Janusz said she saw between 15 and 18 police cars on the highway.

“The children were shaking and we thought maybe someone will come over and say something what’s going on, but nobody (did) so…we were getting up and checking if everything is OK, if the police were gone or not,” said Janusz.