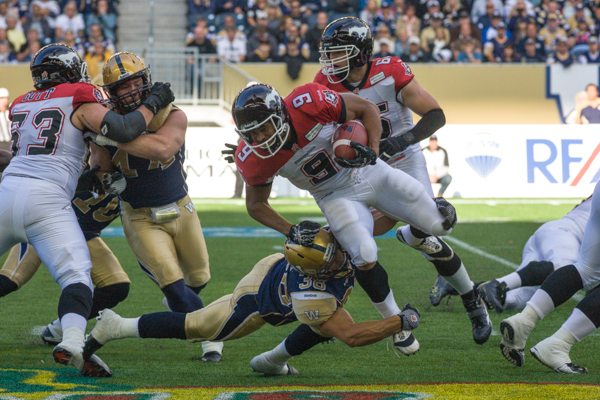 Wild tweeted the news Monday afternoon, lighting up social media ahead of the club officially announcing the deal.

Wild spent two seasons in Winnipeg before signing with the Pittsburgh Steelers this past offseason. He played in 29 career games with Winnipeg during that time, starting in 23 games, and finishing with 142 defensive tackles, 27 special teams tackles, five forced fumbles, and one fumble recovery which was returned for a touchdown.

“It goes without saying that we value the type of player and person Ian Wild is, both on and off the field,” said general manager Kyle Walters. “He was one of our best defensive players last season, and to have him return to Winnipeg is very exciting for us. He will come in and make an immediate impact on our roster.”

His contract will see him with the Blue Bombers through 2017.