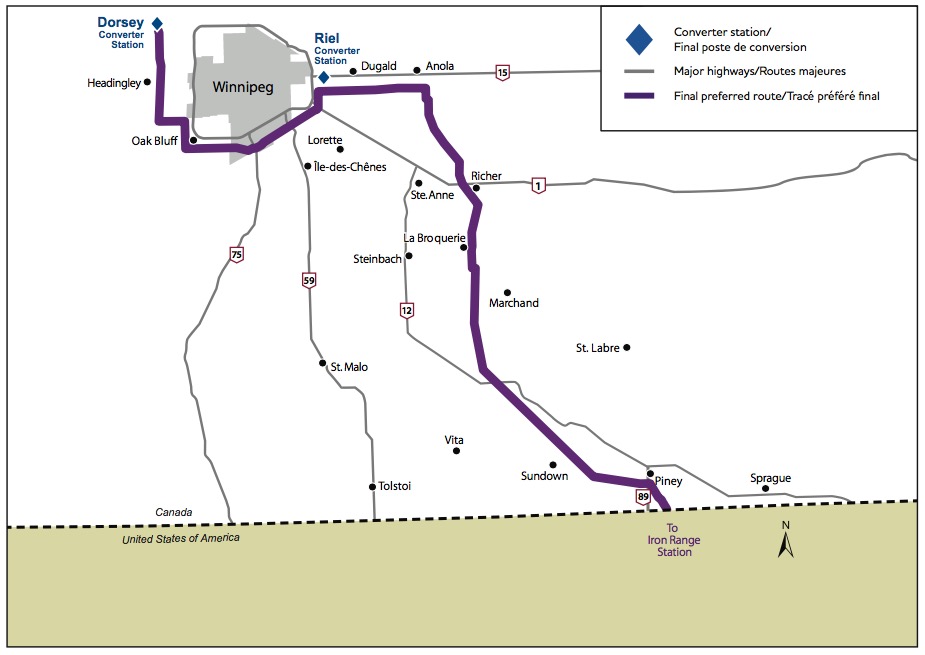 WINNIPEG — Manitoba Hydro has chosen its preferred route for a transmission line to carry power to Minnesota.

In an Environmental Impact Statement (EIS) filed with provincial regulators, Hydro outlines the 213-kilometre route will travel from Dorsey Station, northwest of Winnipeg, to the Manitoba?Minnesota border.

“The filing of the EIS with Manitoba Conservation and Water Stewardship begins the formal regulatory review process for the project,” said Shane Mailey, Manitoba Hydro’s vice?president of transmission.

“As part of the regulatory review process, the public will have an opportunity to comment on the project and the final preferred route through Manitoba Conservation and Water Stewardship.”

The project is estimated to cost $350 million, with an in-service date of mid-2020, subject to regulatory approval.