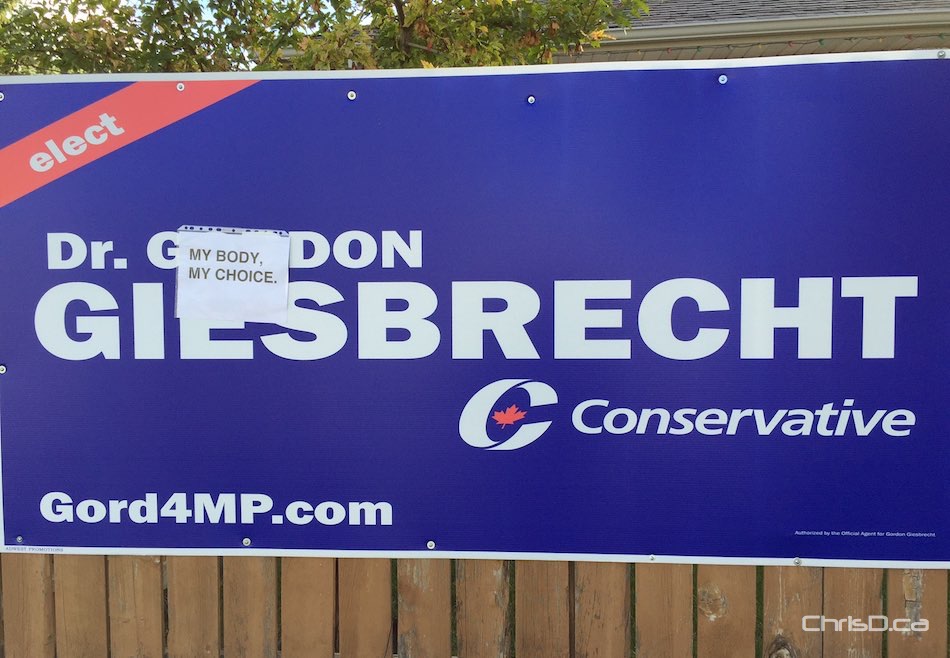 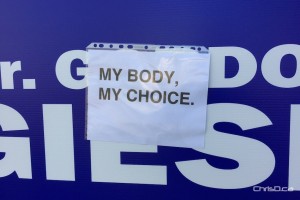 WINNIPEG — A federal candidate running for the Conservative Party in the Winnipeg South riding is facing further backlash amid controversial comments made about abortion in 2009.

Campaign signs for Dr. Gordon Giesbrecht have been plastered with smaller “My body, my choice” signs throughout the riding.

The criticism comes from comments Giesbrecht made in the video six years ago comparing abortion to 9/11 and the Holocaust.

The two-minute video was posted to Saskatoon’s Horizon College and Seminary’s blog, in which Gisbrecht says the following:

“Six million Jews were killed in Nazi concentration camps during World War II. That’s a staggering number, but get this: since abortion became legal in North America several decades ago, over 42 million unborn babies have been aborted.”

A spokesperson for Giesbrecht’s campaign didn’t return a request for comment.

The three other candidates in the Winnipeg South riding are the Liberal’s Terry Duguid, NDP candidate Brianne Goertzen, and Adam Smith for the Green Party.