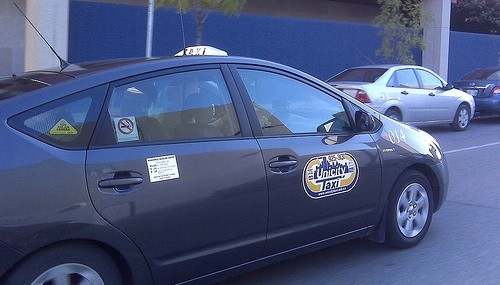 Winnipeg’s two largest taxicab companies have formed an alliance and launched a new campaign to open dialogue with passengers about issues facing their industry.

Duffy’s Taxi and Unicity Taxi have formed the Winnipeg Taxi Alliance, with a “Trusted Transit” campaign aimed at raising awareness of the positives of the local taxi industry. Concerns are also being shared surrounding the entry of ride-sharing services into Canada, such as major player Uber.

“Taxis are an integral component of Winnipeg’s transit system that augments the existing bus service by offering flexibility on schedule and location,” said Luc Lewandoski, spokesperson for the campaign.

“Many Winnipeggers rely on taxis to get groceries, visit the hospital or just to go downtown for the Jets and Moose games. Ensuring they have a safe and comfortable ride is important to the Winnipeg Taxi Alliance and we will be working hard to raise the level of service.”

The campaign will focus on how taxi fares are set by the province through the Manitoba Taxicab Board and what components of ride costs are included in setting that price.

The alliance says with the entry of illegal ride-sharing, Winnipeggers need to be aware of the unregulated “bandit cab,” working outside the legal and regulatory framework of the taxi industry.

Lewandoski says 1,600 people are employed by the local taxi industry and most of the cars are single-owner licences working together under large cooperatives.

More on the campaign can be found at TrustedTransit.ca.

← Previous: Child in Critical Condition After Being Hit by Van Next: Track Upgrades at U of M Planned Ahead of 2017 Games →
Tags: Winnipeg