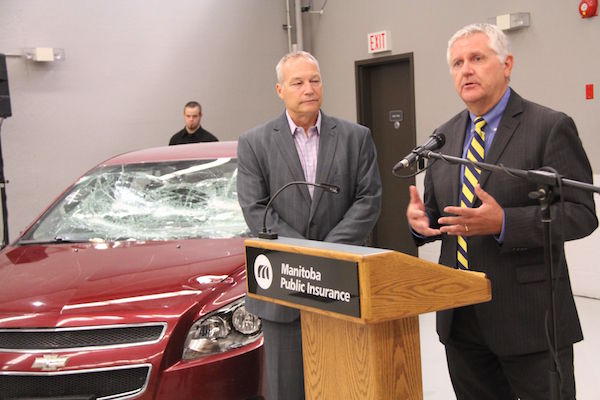 WINNIPEG — Manitoba Public Insurance is giving some 700,000 vehicle owners a break when it comes to paying for vandalism.

Rate payers who have $100 and $200 deductibles will have those fees waived if they’re a victim of vehicle vandalism.

MPI took in 10,000 vandalism claims last year, with a spike in criminal incidents within the city — particularly River Heights — earlier this year.

The policy change will benefit approximately 75 percent of customers will result in a minimal premium adjustment of $3 to $5 per year. The rate adjustment will take effect on policy renewals and reassessments as of March 1, 2016 or later.

The average vandalism claim handled by MPI is $1,300. Deductibles are already waived on auto theft, wildlife collisions and windshield repairs.

Gord Mackintosh, minister responsible for Manitoba Public Insurance, said the policy change takes effect October 1, but will include all claims made immediately.