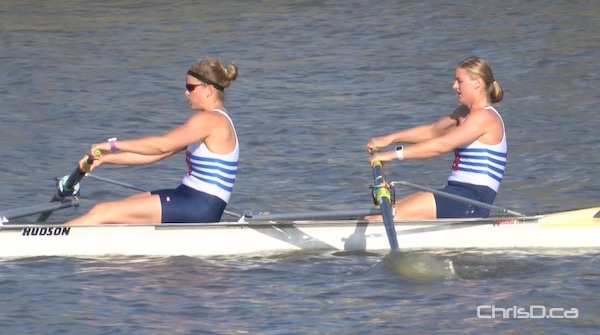 Rowers compete in the “Head of the Red” regatta on the Red River, Saturday, September 26, 2015. (CHRISD.CA) 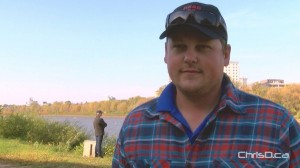 Winnipeg’s top rowers took to the Red River on Saturday to try and earn the top purse in their category.

The Head of the Red rowing competition was held at the Winnipeg Rowing Club, where racers participated in three 2 km loops departing every 30 seconds.

The 6,000-metre course is one on the long end of the racing scale compared to sprint competitions consisting of varying 500 to 2,000 metre lengths.

“Usually in Winnipeg, we do it (the races) from the St. Vital Bridge to the Norwood Bridge. This year we’ve changed the format — it’s a circular format — so that rowers are always in sight of the spectators,” said Steven Taylor, head coach of the Winnipeg Rowing Club.

“We’ll be on the water as long as we possibly can. In good years, depending on the weather, that would be mid-November.”

Taylor said Saturday’s summer-like temperatures and wind weren’t ideal for competitors, adding ideally he would like to see 15°C, overcast conditions and no wind.

Awards were presented to the fastest crews in each category, and prize money awarded to the overall fastest male and female scullers in single boats.