Winnipeg Lawyer Who Lost Hand in Letter Blast Thanks Supporters 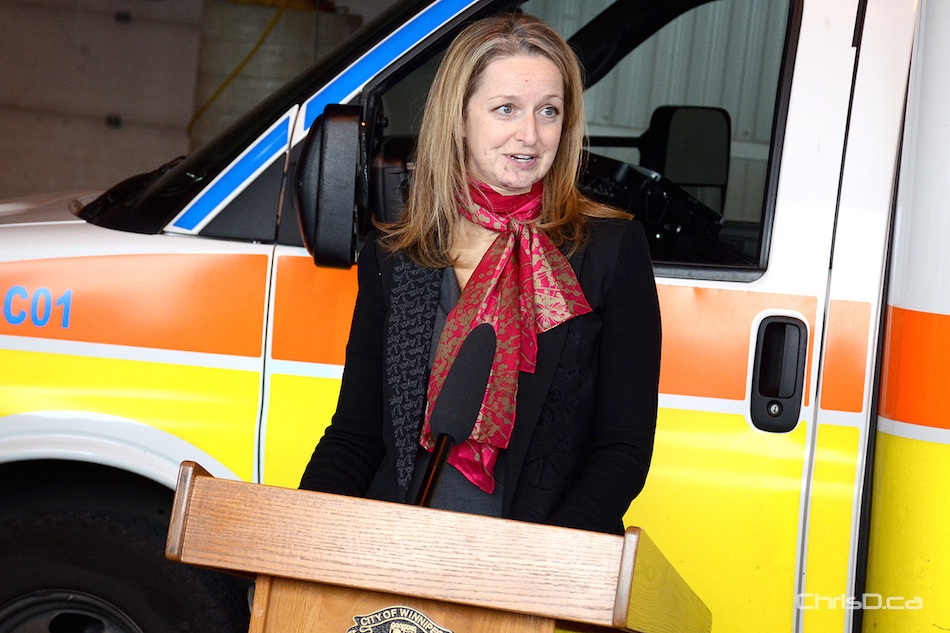 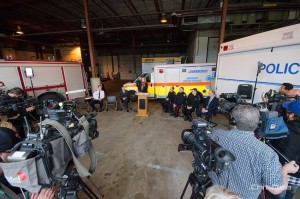 Media gather for the first public appearance for lawyer Maria Mitousis since she was severely injured in a bombing in July. (STAN MILOSEVIC / CHRISD.CA)

WINNIPEG – A Winnipeg lawyer who lost her right hand when a letter bomb exploded in her office said she doesn’t replay the ordeal in her head and doesn’t have time for self-pity.

Maria Mitousis spoke publicly for the first time Wednesday when she thanked all the police officers, paramedics and health professionals who have helped her since she was injured last July.

As officials lauded her bravery and courage, Mitousis said she wasn’t sure minutes after the blast whether she would survive, but her colleagues and first responders made her feel safe.

“The first moments, when you’re alone, it’s confusing. I was confused. I didn’t know what had happened,” she said, her voice wavering. 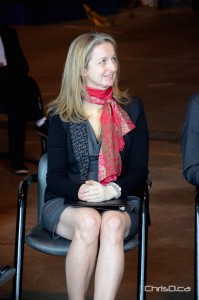 “After it happened, everyone was there. They immediately took control. Our articling student, I could hear her on the phone with the ambulance and I was so comforted by that.”

Mitousis lost her right hand and bears scars on her face from the letter bomb that was contained in a seemingly harmless package sent to her office. She met many of the people who came to her aid for the first time Wednesday.

It was “easy to be brave when I had great role models,” she told a news conference.

“I didn’t think that I would be able to be calm, but I was. I just slowed down my breathing and I just knew that, no matter what, I had to be present in the moment.”

Guido Amsel was charged with attempted murder after three letter bombs were sent to his former wife’s workplace and the offices of lawyers who had represented him and his wife in their divorce.

He has been denied bail. Amsel’s lawyer, Martin Glazer, is appealing that decision. He says his client did not commit the crime and should not have to sit in jail until a trial that could be two years away.

Police said that in each case an explosive compound was inserted into a recording device. Two bombs were safely disposed of, but one exploded and severely injured Mitousis, who faces long-term rehabilitation.

Court documents show Amsel and his ex-wife, Iris, went through a lengthy and bitter divorce in which Amsel accused her of stealing millions of dollars from an auto-body shop they jointly owned. Amsel has since remarried.

Those who first responded to the explosion extolled Mitousis’ strength and optimism. Const. Paul Barker was doing a routine downtown patrol a few blocks away when he was called to her law firm. Nine years on the force and numerous false bomb threats didn’t prepare him for what he encountered when he went inside.

“For a few seconds there, I was taken back a little bit by what I was seeing, but then the training kicked in,” said Barker, who described how he tried to stop the bleeding before paramedics arrived. “I was trying to remain calm for Maria’s sake.”

Mitousis, who is well-known in Winnipeg’s legal community, said her ultimate goal as she continues her recovery is to go back to work. But she knows her journey is just beginning.

“Each day is challenging and I’ve had to get used to a very different me, but I’m optimistic,” she said, smiling. “I am right-handed, but I’m not a surgeon. I’m going to adapt. I’ll get through it.”