Petition Launched to Get Dancing Gabe in EA Sports’ NHL 17 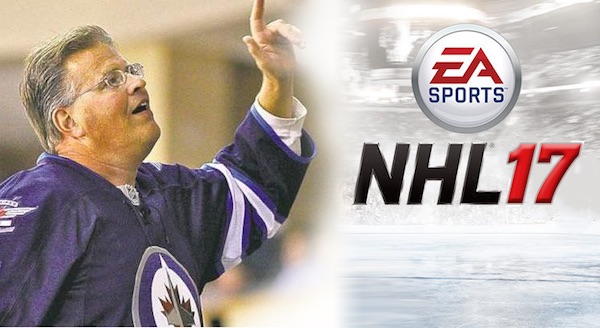 A petition to get Winnipeg’s Dancing Gabe into the upcoming edition EA Sports’ NHL 17 video game is quickly collecting signatures.

Local radio station QX 104 is behind the media push to get Gabe Langlois some recognition in CGI form. The petition was originally the idea of fans Quinnton Daerden, Steve Rivest and Ethan Patrick.

“While playing the game, we noticed that “The Green Men,” popular Vancouver fans, have a cameo in the stands. Not to discredit the men in green, but they’re no Dancing Gabe,” reads the petition on Change.org.

Gabe has been a staple on the Winnipeg sports scene for decades, affectionately rocking out in the stands of Goldeyes, Jets, Blue Bombers and Bisons games.

“This would be very special for Gabe and what a reward for pursuing his passion for over 31 years,” his brother, Mike Langlois, said when reached by e-mail. “His unwavering dedication to sport and community events, I believe is second to none.”

The devoted sports fan made headlines this past summer when a new book telling the story of his life hit store shelves. Daniel Perron is the author of “Dancing Gabe: One Step at a Time,” which can be picked up at your local bookstore.