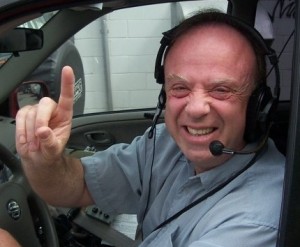 Longtime Winnipeg broadcaster Brian Barkley is retiring from the business after 39 years.

Barkley is best known for being 680 CJOB’s roving traffic reporter with eyes on the road during rush hour.

He started his career in 1976 doing evening and weekend newscasts at the same station, but has been in the traffic seat for the last 25 years.

“I loved being in touch with our audience, it gave me a positive spin because the vast majority of people I talked to were friendly, funny, caring and concerned,” Barkley said in a release.

Some of his career highlights include interviewing Manitoba premiers, the city’s mayors, athletes, musicians and most memorable, George Wendt of “Cheers” fame.

Barkley’s last traffic report will be on his final day, Friday, October 30.

A replacement for Barkley is expected to be named by the end of the month.