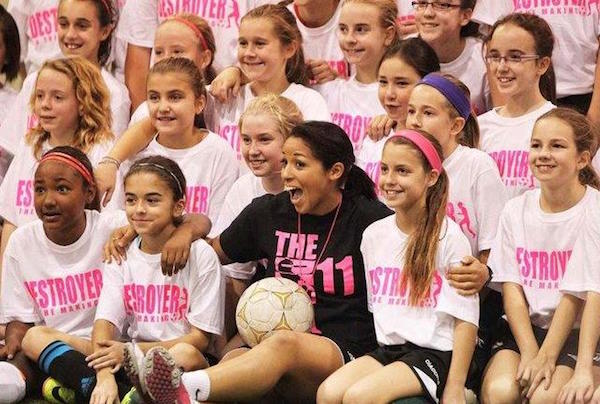 Scott will mentor kids in the sport November 7-8 at the UNITED Health & RecPlex at the University of Winnipeg.

“Last year was a massive success and I had an awesome day on the field with all the girls that came out to become ‘Destroyers in the making’. I’m looking forward to this year’s camp which will be even bigger and better with lots to learn and enjoy,” the 2012 Olympic bronze medalist said in a release.

Scott and other top Manitoba players and coaches will take kids through soccer-specific speed and agility training, fundamental drills and ball familiarity exercises.

The camp is for girls aged nine to 18 and registration is open to the public.