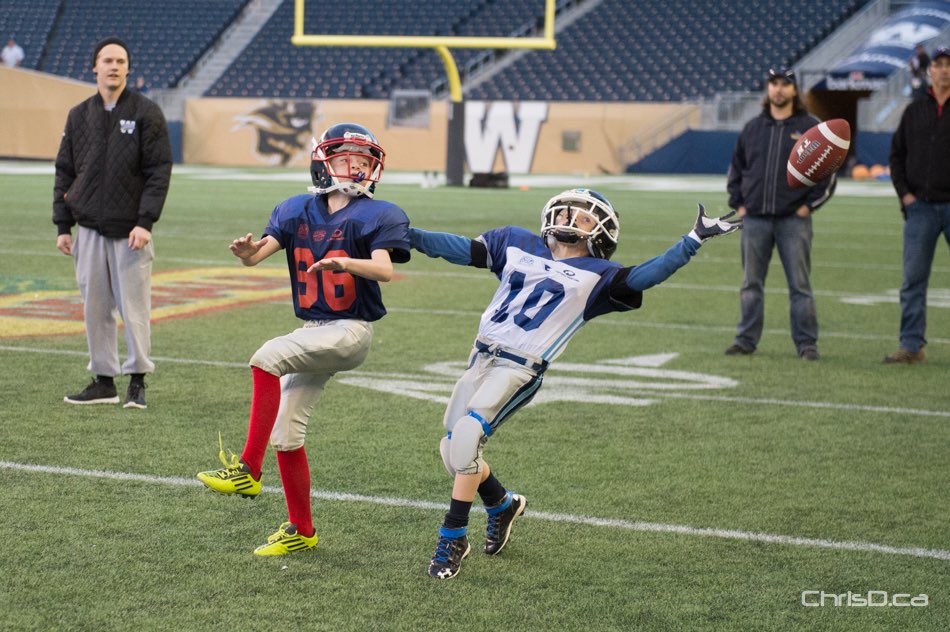 Minor league football players get put through the drills during the Crunchers clinic at Investors Group Field on Tuesday, October 6, 2015. (JEFF MILLER / CHRISD.CA) 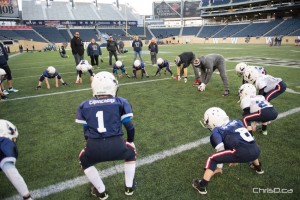 Players from the Winnipeg Blue Bombers, Manitoba Bisons and Winnipeg Rifles were on hand for the Crunchers clinic. (JEFF MILLER / CHRISD.CA)

Young football players got a taste of the big leagues under the bright stadium lights of Investors Group Field on Tuesday.

The Crunchers division of the Manitoba Minor Football League practiced on the field with professional players from the Winnipeg Blue Bombers, along with Manitoba Bisons and Winnipeg Rifles players.

The league is a mix of kids aged 7 and 8, which sees them put through drills and other exercises with the players.

The free annual event is sponsored by Old Dutch. 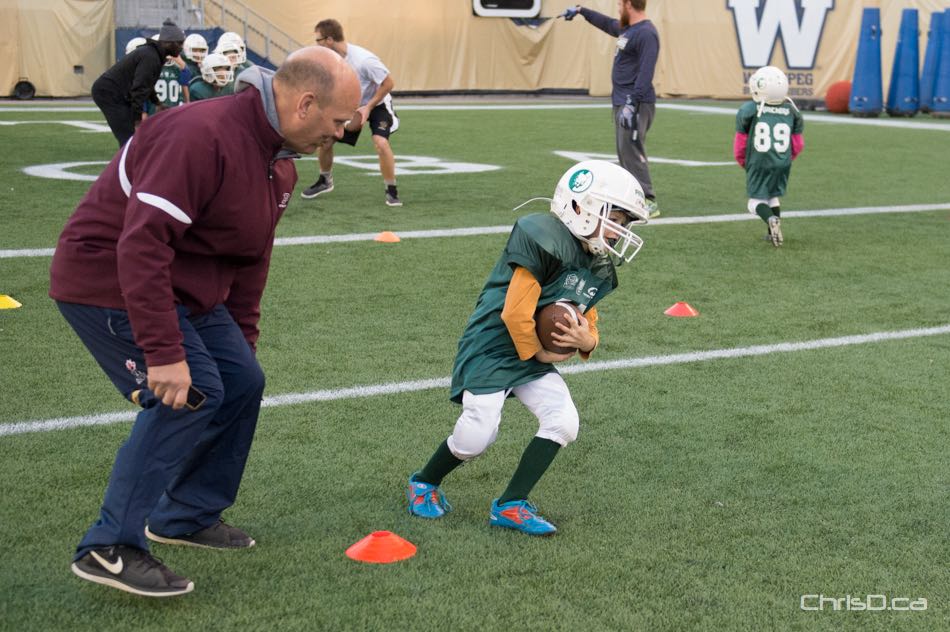