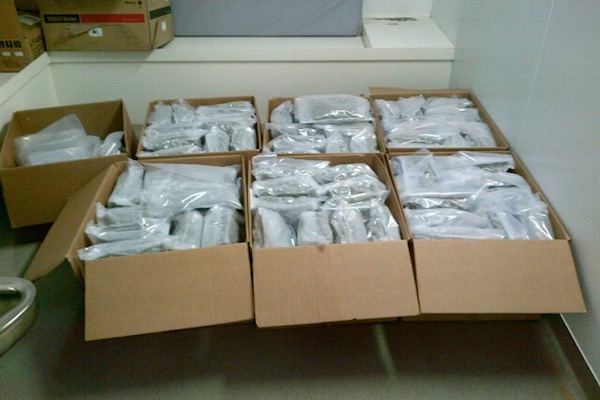 A tractor trailer destined for Toronto was held up in eastern Manitoba on Tuesday after RCMP found 132 packages of marijuana.

The truck was travelling from Surrey, B.C. when officials at the West Hawk weigh scales called in police to further inspect the load at around 3:30 p.m.