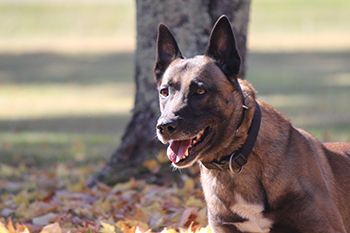 Winnipeg police are mourning the loss of one of their canine colleagues after Riley lost a battle with cancer.

The five-year-old died on Tuesday and was the partner of Const. Jeff Katcher from 12 weeks of age.

Riley was part of the service’s in-house breeding program, completing training and then hitting the streets as a team member in September 2012.

He was given the badge #52 and trained in narcotic detection as well as being assigned to the Tactical Support Team.