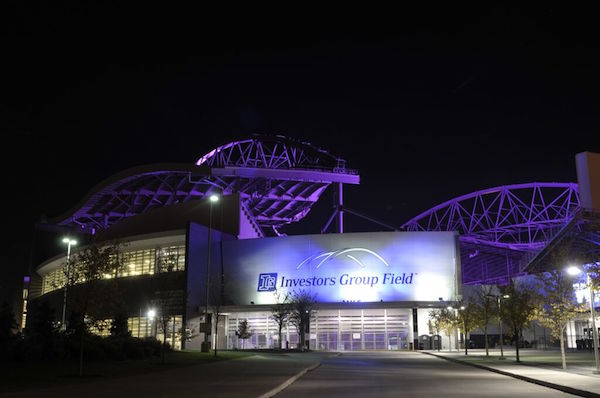 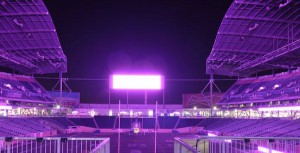 The southeast exterior of Investors Group Field was lit up purple on Saturday night to mark World Mental Health Day.

The Winnipeg Blue Bombers took part in the Light Up Purple campaign in support of the Amanda Todd Legacy Project. Landmarks across the world were illuminated in purple, showing solidarity in de-stigmatizing issues around mental illness.

“We are honoured to have been asked to participate in this incredibly worthwhile campaign by the Amanda Todd Legacy project,” said Wade Miller, president and CEO of the Winnipeg Blue Bombers.

For three-and-a-half hours, the stadium was lit up and the purple glow could be seen from Pembina Highway.