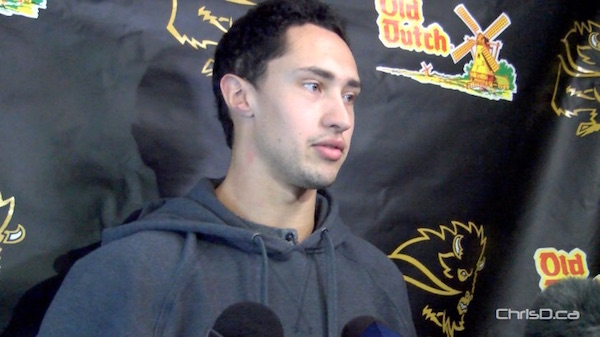 WINNIPEG — If it’s leaders on the volleyball court he wanted, that’s exactly what Garth Pischke has found this season.

The Manitoba Bisons men’s volleyball coach begins his 34th season at the helm this weekend, naming three co-captains to lead his team for 2015-16.

“Saskatchewan is a decent team for sure, they’re scrappy and a bit frustrating to play against sometimes,” Rooney said. “But lucky for us, we’re good enough where if we take care of our side of the net, we should be able to beat anybody.

Twenty-year-old DeJonckheere begins his third season with the Herd, being 12th last year in Canada West with 325.5 points and 282 kills.

The Bisons host the Saskatchewan Huskies tonight and Saturday at 6 p.m. CT both nights. The women follow at 7:30 p.m.