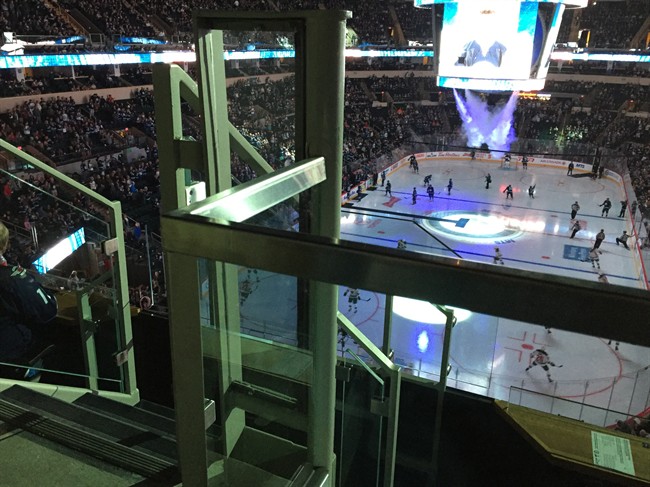 Many Winnipeg Jets fans have suddenly found their view of the ice at MTS Centre obstructed by recent renovations, and are demanding action. Season-ticket-holder Ron Wersch provided this view from his upper-deck seat, taken September 22, 2015. (THE CANADIAN PRESS/HO-Ron Wersch)

The Winnipeg Jets apologized Friday to ticket holders affected by recent upgrades at MTS Centre that impedes a complete view of the ice.

New loge seating installed during the off-season angered some fans in the 300 level seats because of the limited view and obstructions placed in front of them.

True North Sports and Entertainment has since listened to the numerous complaints and vowed to correct the issue.

“All 6,500 fixed upper bowls seats will be raised two and a half inches from the existing seat platform — improving the sightlines of all 300-level patrons,” TNSE said in a statement. “This project commenced on October 14, 2015 and is expected to be completed by November 30, 2015.”

Read the full statement from True North below: