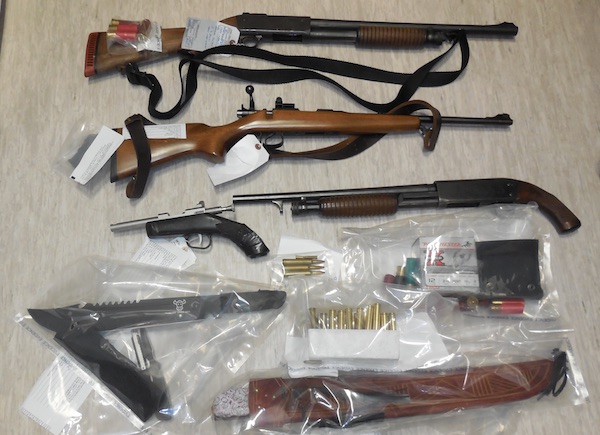 Three youths are facing charges after RCMP seized several weapons at a home in Churchill.

Two 17-year-old boys and a 16-year-old boy face several weapons charges. Two of the youths are facing additional charges of assault causing bodily harm, while one will be charged with possession of a controlled substance.

The three will appear in Thompson court on Thursday.