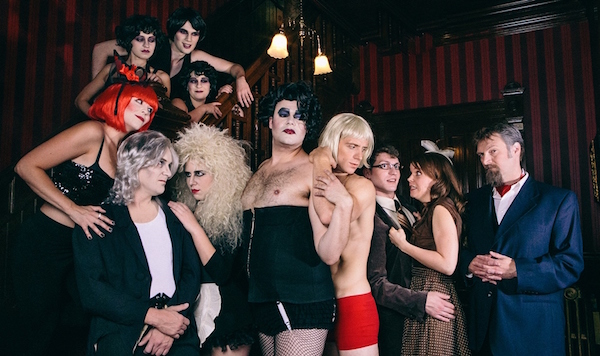 The case of The Rocky Horror Show (HANDOUT)

The live Winnipeg stage production of popular cult classic “The Rocky Horror Show” kicks off this week at the Park Theatre. A run of nine shows begins October 22 with a stellar all-Winnipeg cast, produced by the same team that put on last year’s sell-out success “Evil Dead: The Musical.”

The production is a musical with lyrics, book and music by Richard O’Brien. It tells the story of a newly-engaged couple getting caught in a storm and ending up at the home of a mad, transvestite scientist.

It’s a humourous tribute to sci-fi and horror B movies of the late 1940s through to the early 1970s. The original London production of the musical took place in 1973, followed by its U.S. debut in 1974, and Broadway run in 1975. Having developed a cult following, the musical was adapted into a film in 1975 called The Rocky Horror Picture Show. This year marks the 40th anniversary of the film.

For decades, Rocky Horror fans have engaged with the show by bringing party favours to the theatre.

Audience members are encouraged to come in costume and can purchase a “fun bag” for $5, containing all the props.

Winnipeg Harvest will have a bin on site to collect non-perishable food items.

Tickets for The Rocky Horror Show are $35 and on sale at the Park Theatre. The show runs until October 31.