Brandon’s First Street Bridge to Be Rebuilt in Phases 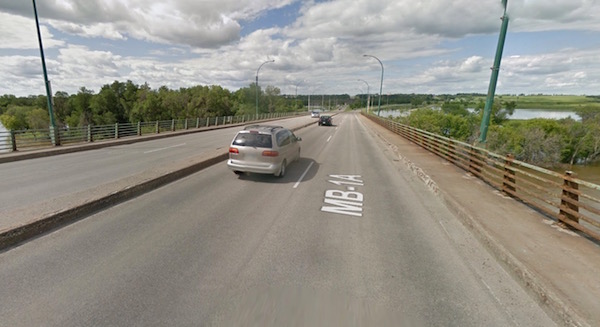 Two new bridges in Brandon will replace the aging First Street Bridge to move commuters from the north and south end of the Wheat City.

The Manitoba government is replacing the infrastructure, originally built in 1972, over two phases.

The northbound section will be demolished and rebuilt first, followed by the southbound side. One lane of traffic in each direction will be maintained at all times during construction. The existing four-lane design will be replaced with two separate bridges, with two lanes on each bridge.

The bridge design will also include a sidewalk on each side.

“The First Street Bridge is a major transportation route for Brandon’s growing population and thriving commercial sector,” said Infrastructure and Transportation Minister Steve Ashton. “When complete, the new bridge will safely carry 14,000 vehicles across the Assiniboine River each day for years to come.”

Ashton says the first of two bridges is scheduled for completion by November 2016, with the second bridge expected to be completed by November 2017. Minor site cleanup may take place in the early summer of 2018.