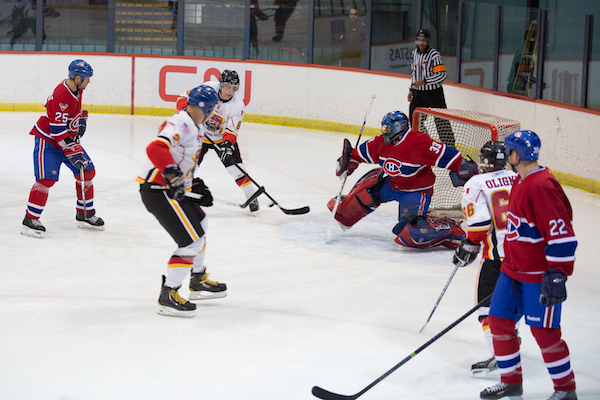 The CN Canadiens Alumni Challenge is Saturday, November 7 at the MTS Iceplex. (HANDOUT)

It’s a chance for hockey fans to see former players from the Montreal Canadiens while also helping to raise funds for a worthy cause.

The upcoming CN Canadiens Alumni Challenge is being held in Winnipeg for the first time on Saturday, November 7. For locals, the charity game will feature Mike Keane, former captain of the Manitoba Moose. The opposing lineup will include former Canadiens Steve Shutt, Stephane Richer and Chris Nilan.

“This event is our largest fundraising activity of the year and we’re happy we can drop the puck at the MTS Iceplex to support the great work these charities are doing,” said Olivier Chouc, CN vice president, law, and chairman of the board of the community fund.

Proceeds from the friendly match will be donated to The Children’s Hospital Foundation of Manitoba, The Dream Factory, Winnipeg Harvest and Rossbrook House. Last year’s event raised $398,000 and the community fund hopes to match that in 2015.