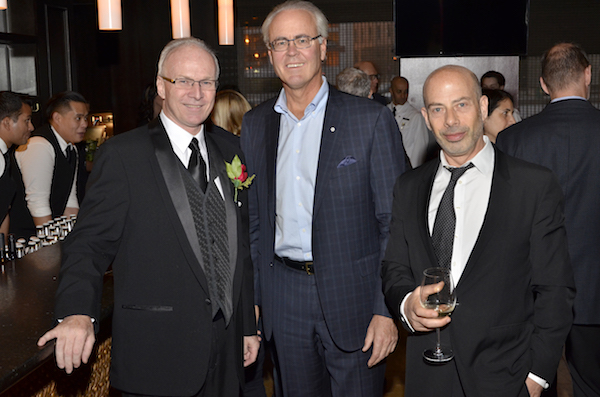 Fun fact — the famous cheese toast served at Hy’s Steakhouse and Cocktail Bar in Winnipeg is not the same as the cheese toast at their locations in Vancouver, Toronto or any other Hy’s.

“Each location has its own twist on the recipe, but they are all so very good,” said Neil Aisenstat, president of Hy’s, who was in Winnipeg this week to celebrate serving cheese toast and so much more for over 60 years since inception.

In Winnipeg, Hy’s came on to the restaurant scene in 1958. Originally on Kennedy Street, it eventually relocated to the corner of Portage and Main where it remains today.

While the location may have changed, Aisenstat says their dedication to quality products, atmosphere and service has never wavered.

“We always remain true to who we are and ensure we pay attention to detail. Tableside service, knowledgeable staff and the freshest and highest quality products along with an understanding of what our clientele expects from us. It’s who we are.”

That includes catering to those who come to a steakhouse, but who don’t want steak.

“Our chefs create mouth-watering meals for vegetarians and vegans because we recognize it’s key to provide variety and include them in the experience,” Aisenstat said.

As for the carnivores, the offerings are plentiful. When asked what tends to be the most popular selection on their menu (and what Aisenstat admits is his fave), it’s the filet mignon.

“All of our primal cuts, which we source from both Canada and the U.S., are seriously good, however this cut most people tend to go for, and it is delicious.”
And the likelihood of your filet mignon being served to you by someone who has been with Hy’s for a solid period of time is pretty high.

“In the restaurant industry, time spent at one location is kind of measured in dog years. 10 dog years equals 53, so if that’s the case, Hy’s is doing extremely well in terms of hiring and maintaining staff during our lifetime,” Aisenstat said. “In fact, this week we honoured retiring general manager for Winnipeg, John McMillan, who has been with us for 37 years.”

And with that, the next generation of Hy’s begins while ensuring to uphold what makes Hy’s, well, Hy’s.

“We still attract clientele who choose our lounge to make high level business deals,” Aisenstat chuckled. “But now, those deals are being made on iPads instead of a cocktail napkins as the Jets game plays in the background.”