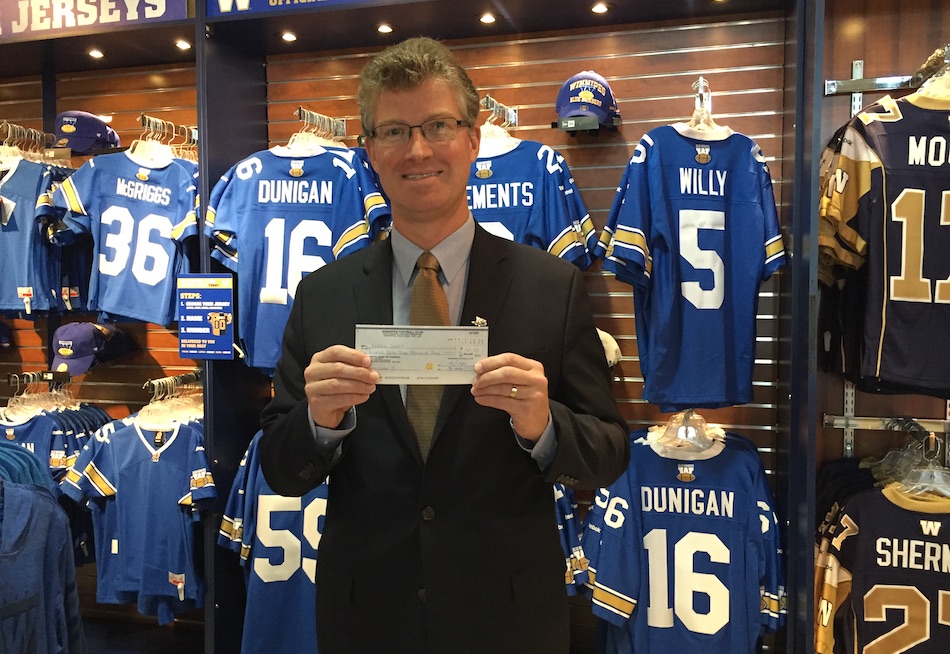 The former justice minister picked up his cheque for $163,003 at the Bomber Store from the October 24 game.

The winner of the previous raffle for the October 3 game was found to be ineligible to participate, therefore the Bombers held the prize over until last week.

WINNER of BIGGEST 50/50 draw in #Bombers history? Minto MLA Andrew Swan. Some of what he's doing: give to church, buy a new toilet #mbpoli