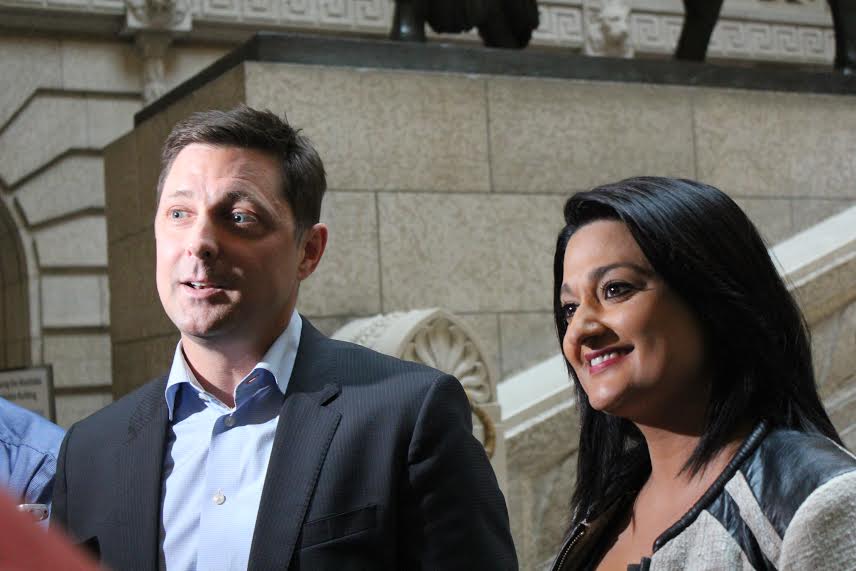 WINNIPEG — Former Global News anchor Peter Chura has been tapped by the Manitoba Liberal Party to run in the Seine River riding.

Until recently, Chura had been chief anchor and supervisor producer of the “Evening News.”

“I’m humbled by the opportunity to join the Manitoba Liberals and I’m looking forward to working with a dynamic leader like Rana,” he said. “I have the support of friends and backing of my family and can’t wait to get started.

Chura is a household name across Manitoba, having anchored Global’s evening newscast for nearly a decade. He spent seven years in Ottawa as a Parliament Hill correspondent before returning to Winnipeg, where his broadcasting career began. Chura departed from Global in early September.

Bokhari said she had been courting Chura for the last eight months to join her team. The Liberals plan to introduce other candidates in the coming weeks.

The south Winnipeg constituency is currently held by NDP MLA Theresa Oswald, who announced earlier Tuesday she would not be seeking re-election and will be retiring from politics.

Listen to audio from the announcement below: