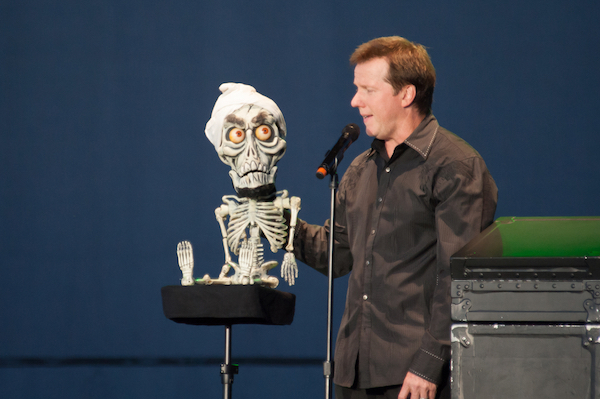 Comedian and ventriloquist Jeff Dunham will bring his cast of characters and voices to Winnipeg this winter.

Dunham will perform at MTS Centre on Wednesday, March 16, 2016 for the “Perfectly Unbalanced” International Tour.

Dunham hand-crafts each character personally from conception to the final coat of paint then brings them to life on stage.

Tickets go on sale Monday, November 2 at 10 a.m. through Ticketmaster for $66.