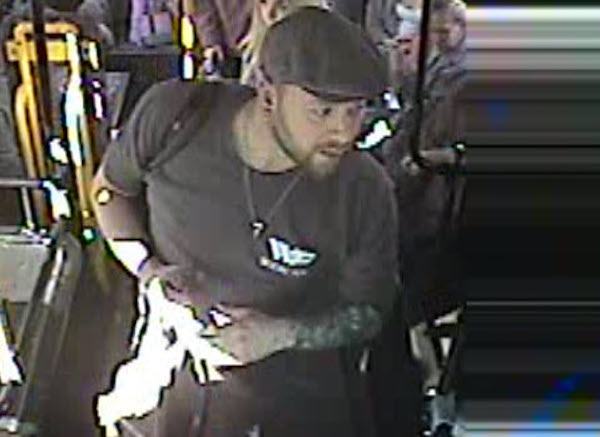 Winnipeg police are looking for this man, who they say stole a bus passenger’s ear buds on September 23, 2015. (WPS / HANDOUT)

Police are looking for a man they say ripped the ear buds off a bus passenger because his music was too loud.

The incident happened on September 23 while a 25-year-old man was riding a Winnipeg Transit bus on Lakewood Boulevard.

Police say the victim was approached by an unknown man, who grabbed his ear buds and took them away before leaving the bus.

The suspect is described as caucasian, in his early 20s, large build, over 6’0″ tall, tattoos on both arms, wearing a grey T-shirt and blue jeans.