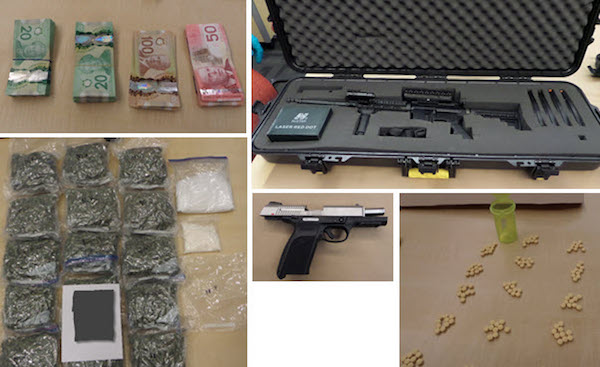 Police descended on the 200 block of Park West Drive just before 9 p.m. where they seized drugs and other drug-related paraphernalia.

Prior to the search warrant being executed, Kevin Genik, 26, was taken into custody in relation to the investigation.

With the support of multiple units, police seized:

Also arrested is Brett Ryan Lebleu, 24, a 27-year-old woman and a 37-year-old man. The four each face numerous drug- and weapon-related offences.