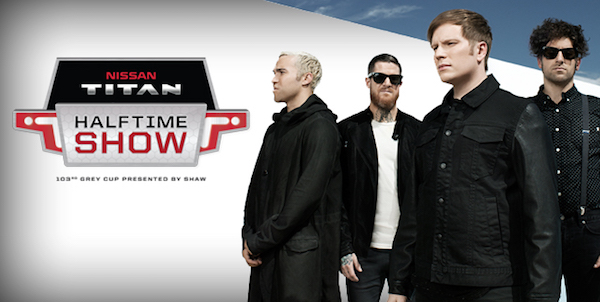 The league announced the performers Tuesday in Winnipeg, along with country artist Dean Brody for the kickoff show and Quebec singer-songwriter Bobby Bazini to perform the national anthem.

Fall Out Boy was nominated as the best new artist at the 2006 Grammy Awards.

A new giant Grey Cup sign was also unveiled at The Forks, which will remain until the 2016 league championship game and then travel to the next host city.

The Winnipeg Blue Bombers have so far sold 32,054 tickets to the game at Investors Group Field.