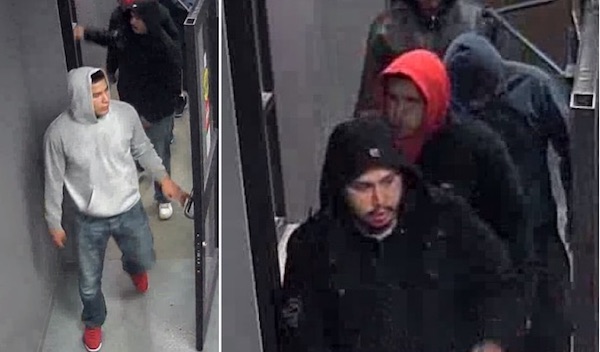 RCMP are looking for five men they say robbed a Portage la Prairie store of alcohol and assaulted a security guard on October 10, 2015. (RCMP HANDOUT)

RCMP in Portage la Prairie are looking for five violent men suspected in a robbery of a local business last month.

Police say shortly after midnight on October 10, the men entered a store and stole a quantity of alcohol. They also allegedly assaulted a security guard who tried to stop them.

All five suspects are described as aboriginal in appearance and drove away in a dark coloured van with an unknown licence plate.