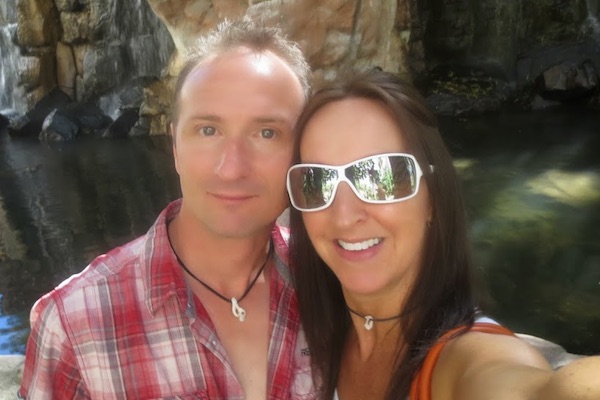 Camille Runke (right) was found dead in St. Boniface last Friday. The body of Kevin Runke was found with a self-inflicted gunshot wound near St. Malo, Manitoba on Monday. (GOOGLE PLUS)

WINNIPEG – Winnipeg police say a man suspected of killing his estranged wife killed himself Monday after being pursued by officers.

Camille Runke, who was 49, was shot Friday morning near her workplace in Winnipeg.

Deputy Chief Danny Smyth said she had a protection order against her estranged husband, Kevin Runke, due to alleged stalking and harassment.

Although Camille Runke contacted police 22 times to report violations of the protection order, Smyth said there was no indication of violence. Police followed up on all of her concerns and were building a case for a criminal harassment charge, he said.

“We had no reported history that would suggest Kevin Runke was violent or had any history of violence prior to the homicide itself,” Smyth said at a press conference Tuesday.

“I think our officers acted responsibly and reasonably.”

Police were looking for Runke as a “person of interest” in his estranged wife’s death, he said.

“There was no evidence … that would have given us the grounds to arrest him for the homicide,” Smyth said. “We would have liked the opportunity to speak to him given the history I described.”

Smyth said officers were pursuing Runke near St. Malo, south of Winnipeg, on Monday morning when his car veered off into a wooded area. Police did not continue the chase, fearing Runke was armed, and called for backup, Smyth said.

They eventually found him dead of an apparent self-inflicted gunshot wound in his car.

Camille Runke’s death is still being investigated by Winnipeg police while her estranged husband’s death is now being examined by Manitoba’s Independent Investigation Unit.

“This is tragic,” Smyth said. “I think everyone involved in this took reasonable efforts, including Camille. In her dealings with us, she was never afraid for her safety. She was sick of the contact Kevin had been persistent with.”