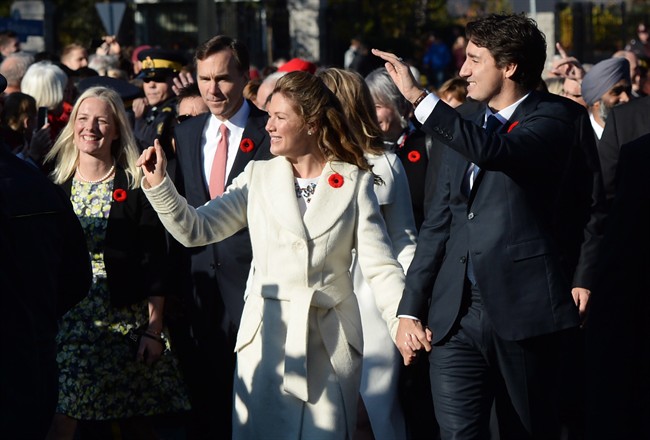 Trudeau was sworn in shortly after the resignation earlier today of his Conservative predecessor, Stephen Harper.

The ceremony is taking place at Rideau Hall before a crowd of dignitaries and Liberal luminaries, including former prime ministers Jean Chretien and John Turner, as well as friends and family members.

A massive crowd of onlookers, invited on to the sprawling grounds of the residence to witness the proceedings, gathered outside under unseasonally warm sunshine to watch on a pair of big-screen TVs.