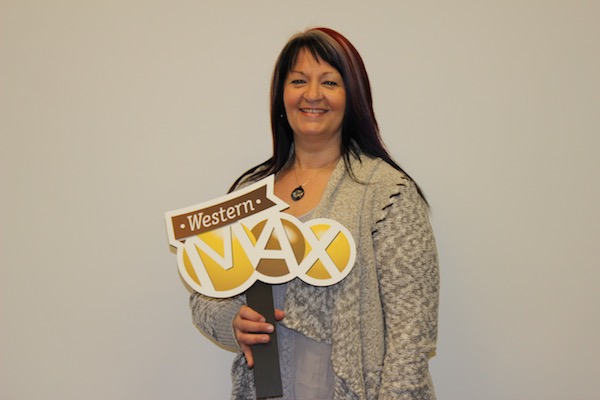 A Winnipeg woman has won $1 million in a Western Max draw, matching all seven numbers for a top prize.

Debby Neubauer purchased her lucky ticket for the October 23 draw at the Sobeys on Reenders Drive.

Neubauer plans to use the winnings to pay off her mortgage and help with her children’s education.

“It’s a dream come true. It’s going to help make all of my dreams come true.”

Neubauer has struck luck before. She won $7,000 in 2008 just before her wedding. Those winnings were used for her and her husband to honeymoon in Germany.