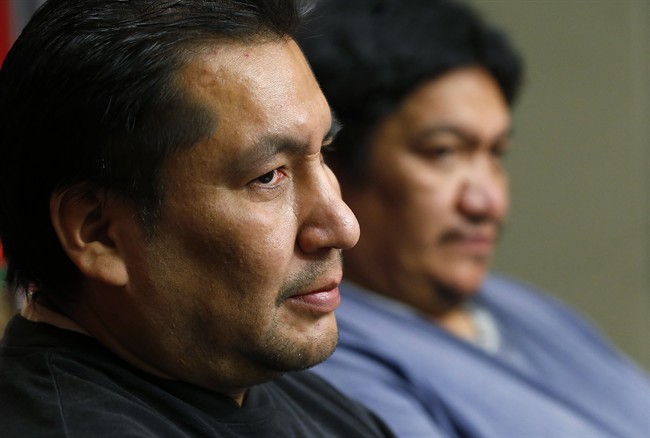 Norman Barkman (left) and Luke Monias (right) speak at a press conference at the Manitoba Legislature Friday, November 13, 2015. The two Garden Hill First Nation men were born to Rebecca Barkman and Rosamund Monias and switched at birth. The Manitoba government is asking for a federal investigation into how the two men were switched at birth in a federally run hospital in Norway House. (THE CANADIAN PRESS/John Woods) 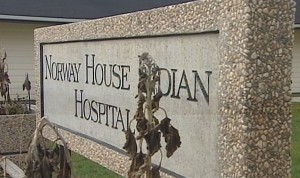 Barkman and Monias were born at the Norway House Indian Hospital, where the mix up occurred and each was given to another family. The province has called on the federal government to launch an investigation. (CBC MANITOBA)

WINNIPEG — The province is calling on the federal government to investigate after two men were switched at birth in a northern Manitoba community.

Luke Monias and Norman Barkman were born in the Norway House Indian Hospital on June 19, 1975. Both men were given to different Garden Hill First Nation families, growing up as close friends in the community.

As the boys grew older, members in the community noticed they resembled each other’s family members more than their own.

“In July of this year Luke contacted me about this issue,” Aboriginal and Northern Affairs Minister Eric Robinson said. “I was shocked at the possibility that such a thing could happen — that they could have been switched at birth.”

Monias arranged for a DNA test to be conducted earlier this summer for himself, Norman, and Rebecca Barkman, Norman’s mother. The results came back on November 10, confirming the hospital gave each mother the wrong child to take home.

Robinson said “the mental, physical and spiritual well-being of both men has been deeply affected by the loss of their proper identity.”

Monias’ biological father has since passed away, as has Barkman’s biological mother.

Robinson is calling on Health Canada and the federal government to investigate the matter.