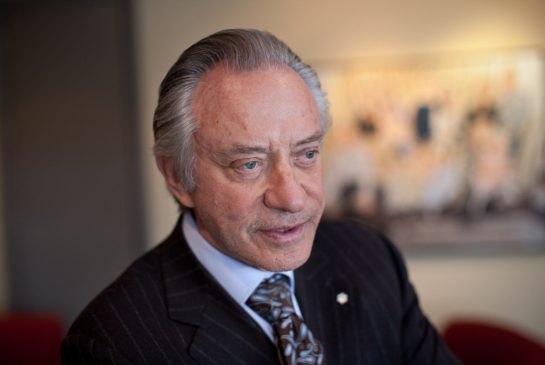 There’s an interesting discussion going on in what’s left of the newspaper business in Canada. The largest group of papers, including the Leader Post and the Star Phoenix in Saskatchewan, are part of Postmedia. The CEO is 76-year-old Paul Godfrey. He once ran the Blue Jays and the Toronto Sun, and he has been the biggest promoter of trying to get the National Football League to put a team in Toronto.

Godfrey is also a longtime prominent supporter of the Conservatives. In the final days of the recent election campaign, he sent out an order to all of the Post Media papers. They were expected to endorse Stephen Harper and the Tories on their editorial pages. They all did as they were told, but it made very little difference as Justin Trudeau and the Liberals won an overwhelming majority.

At the perennial money-loser known as the National Post, which is also part of the same group, Andrew Coyne quit as director of the editorial page. He wrote a column in which he endorsed Trudeau and the Liberals, and Paul Godfrey refused to run it.

Half a century ago, newspaper editorials carried some importance in the battle for votes at election time. In 2015, their influence is minimal. The diminishing number of people who are regular readers of newspapers, rarely visit the editorial page. If they do, very few of them are looking for guidance on what to do with their vote.

The legendary Roy Thomson once declared that owning a radio or television station was like having a license to print money. He also said owning a newspaper was even better, because a license was not required. How times have changed.

The Thomson family got out of the newspaper business a while back, and they are richer than ever. Roy’s grandson David is the deep pockets behind the Winnipeg Jets. I don’t think he has ever tried to tell anyone how they should vote.