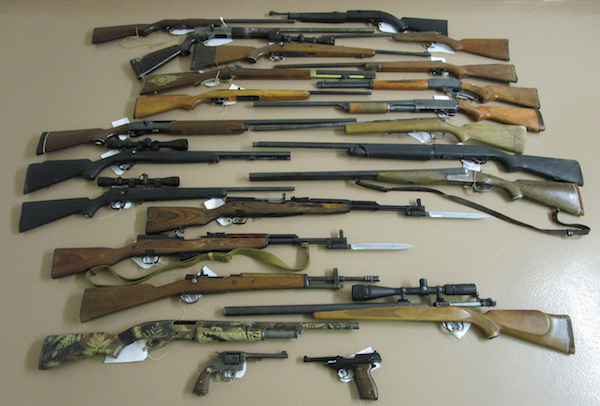 Manitoba RCMP raided a home on Saturday in the RM of Lac du Bonnet, seizing firearms and 110 marijuana plants.

Officers executed a search warrant on the home near Pihulak Drive at around 5 p.m.

The Office of the Fire Commissioner also attended due to numerous electrical issues, which deemed the house condemned. Manitoba Conservation has also launched their own investigation after a white tail dear hide and head was found on the lawn next to the home.