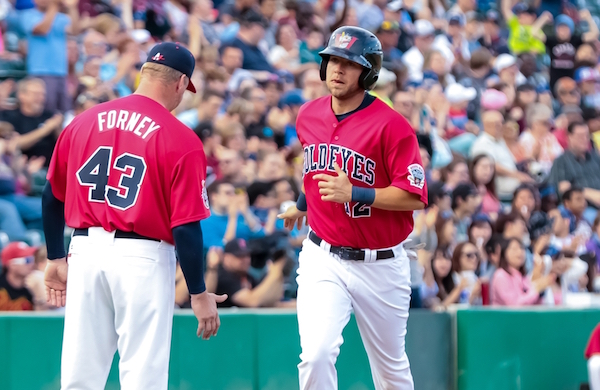 The Winnipeg Goldeyes have re-signed first baseman Casey Haerther for the 2016 season.

Haerther returns for his fourth season with the Goldeyes and hit .312 with 14 doubles and 11 home runs last summer.

“I’m absolutely thrilled to have Casey back with the club,” said Goldeyes’ manager Rick Forney.

“Over the last three seasons, Casey has been one of the best run producers in the league, while playing outstanding defence at first base. Casey has evolved into a leader on the club, and will be a big piece in the middle of the Goldeyes’ lineup for the 2016 season.”

The West Hills, California native was third in the league with 79 RBI, largely due to a .400 mark with runners in scoring position (130 at bats).

The Goldeyes open up their season on the road May 19 against the Joplin Blasters.