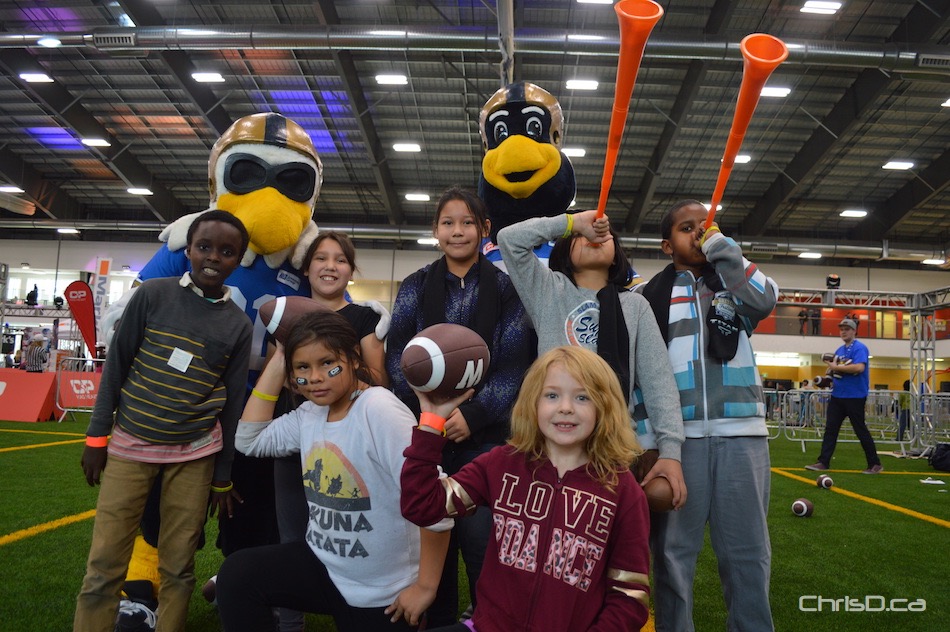 Students from Sister MacNamara school got to hang out with Winnipeg Blue Bombers’ mascots Buzz and Boomer at the MacDon Fan Experience & Family Zone on Thursday, November 26, 2015. (DAVE BAXTER / CHRISD.CA)

Winnipeg police want people to go out and have a good time during Grey Cup festivities this week, but they will be out in full force to make sure people stay safe and behave themselves.

“The Winnipeg Police are expecting big crowds at a lot of events and festivals,” said police spokesperson Jason Michalyshen, who spoke to the media at the MacDon Fan Experience & Family Zone at the University of Winnipeg on Thursday.

“And we want members of the public to know that we are present, we’re aware of the different festivities taking place, and we want to provide that reassurance.

“If anyone is ever in need of an officer or a cadet and they come across one of us on-hand, please approach us.”

The amount of police and cadets out on the streets leading up to Sunday’s Grey Cup game will be ramped up from what people would see on a typical week, said Michalyshen.

“We’re going to have resources allocated to special events, to certain locations.”

There will be a whole lot of people out partying this week, so police will be setting up “strategically” to make sure people aren’t drinking and driving.

“Members of our Central Traffic Division will be on-hand at various locations throughout the city,” said Michalyshen.”We’ll set up where drinking is taking place.”

With thousands of visitors rolling into the city for Sunday’s game, Michalyshen hopes Winnipeggers show themselves in a positive light, and show respect to those who have made the trip to Winnipeg. 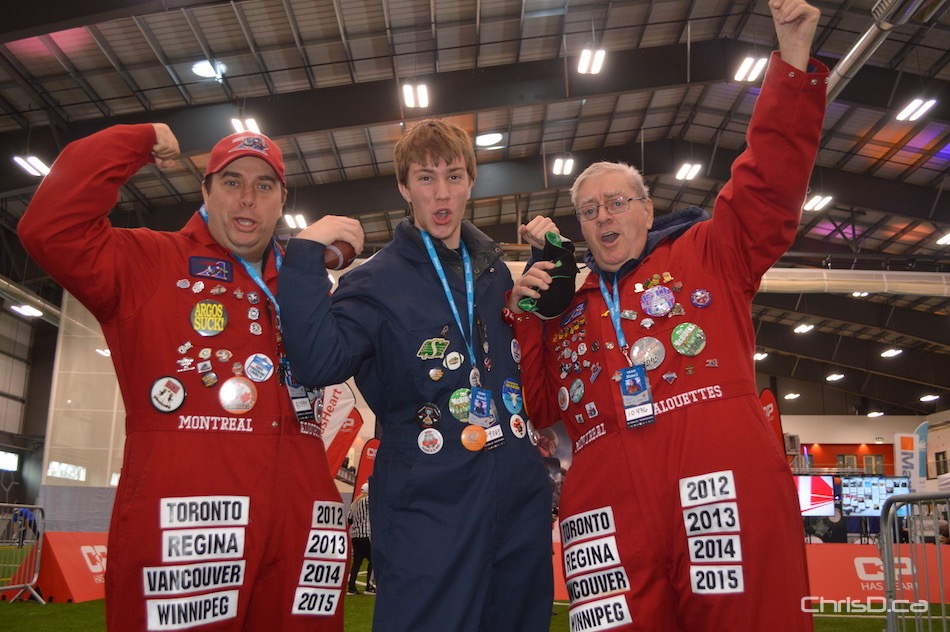 Kevin Ryan, Jim Salberda and Barry Ryan made the trip from Toronto to take in this year’s Grey Cup in Winnipeg. (DAVE BAXTER / CHRISD.CA) 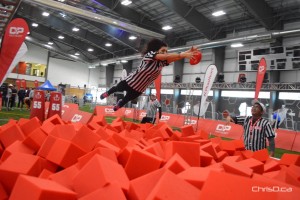 Adrianna Friesen flies through the air to catch a ball at one of the many activities at the MacDon Fan Experience & Family Zone at the University of Winnipeg on Thursday. (DAVE BAXTER / CHRISD.CA)

“I’ve been going to Grey Cup games since 1986,” said Watson. “And this is the best family zone that I have ever seen. The kids here are having a great time, and there’s lot of activities and interesting stuff.”

Barry Ryan came to Winnipeg from Toronto and said places like Winnipeg know how to host a Grey Cup party.

“Out west the parties are great,” said Ryan. “But it doesn’t get this buzz in Vancouver or Toronto. Those cities are too big so they just don’t get into it there.”