Santa Claus and the Grey Cup Take Over Downtown Winnipeg 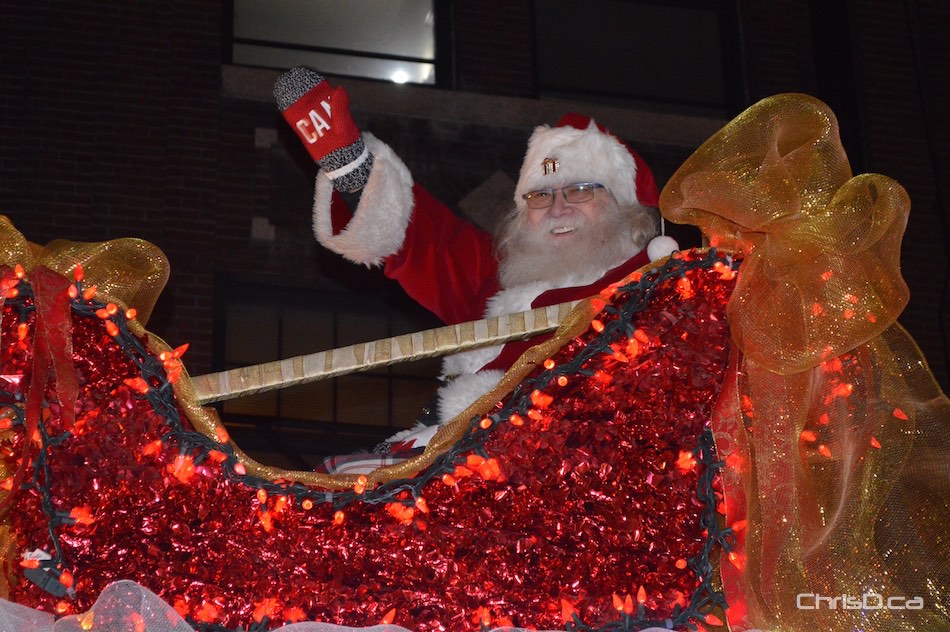 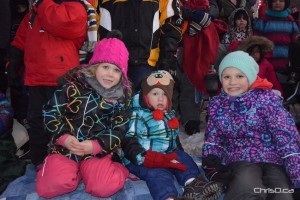 Kids lines the streets of Portage Avenue on Saturday night to get a glimpse of Santa Claus. (DAVE BAXTER / CHRISD.CA)

A huge crowd of people descended into downtown Winnipeg on Saturday night to see colourful floats, the Grey Cup and even Santa Claus himself.

This year the annual Santa Claus parade was combined with a Grey Cup parade to celebrate the start of the holiday season, as well as this Sunday’s CFL championship game.

The Grey Cup Festival Santa Claus Parade saw Winnipeggers young and old fill the streets, but a whole lot of out-of-towners here for Sunday’s big game also came downtown to check it out. 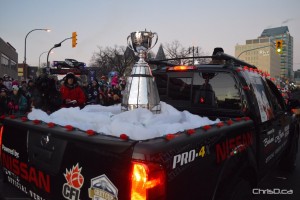 Hamilton native and Tiger-Cats fan Jason Allan was at the parade sporting a kilt with Tiger-Cat colours, and said the parade was just another way to get CFL fans together before Sunday’s game.

“The Grey Cup is all about getting fans together so this is another great way for people to be together and celebrate,” said Allan “And there’s just a great atmosphere here tonight.”

Allan also hopes young kids who showed up to see Santa Claus will get interested in the Grey Cup and the CFL.

“I think it is very strategic that it involves the kids and the younger generation, because we need to get new fans into the league to keep it fresh.”

Before the parade even started the Snowbirds Demonstration Team (431 Squadron) flew over the crowd a number of times. 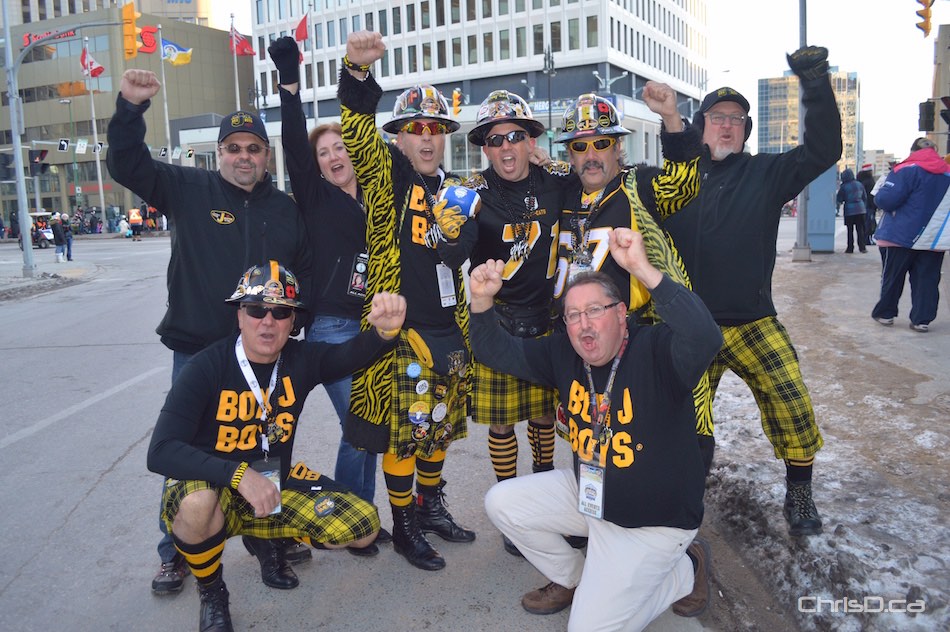 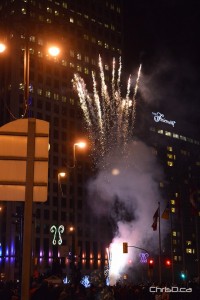 The Grey Cup Festival Santa Claus Parade ended with a number of fireworks shows including one at Portage and Main. (DAVE BAXTER / CHRISD.CA)

The parade saw a wide variety of floats, and also the Grey Cup itself cruise down the street in the back of pickup truck.

Myles Richard brought his two kids to the parade, and although he thought it was a bonus to see the Grey Cup, his kids were there for one reason.

The arrival of Santa Claus marked the end of the parade, but the crowd got one more surprise as a number of fireworks shows lit up the sky across downtown, including one right at the corner of Portage and Main. 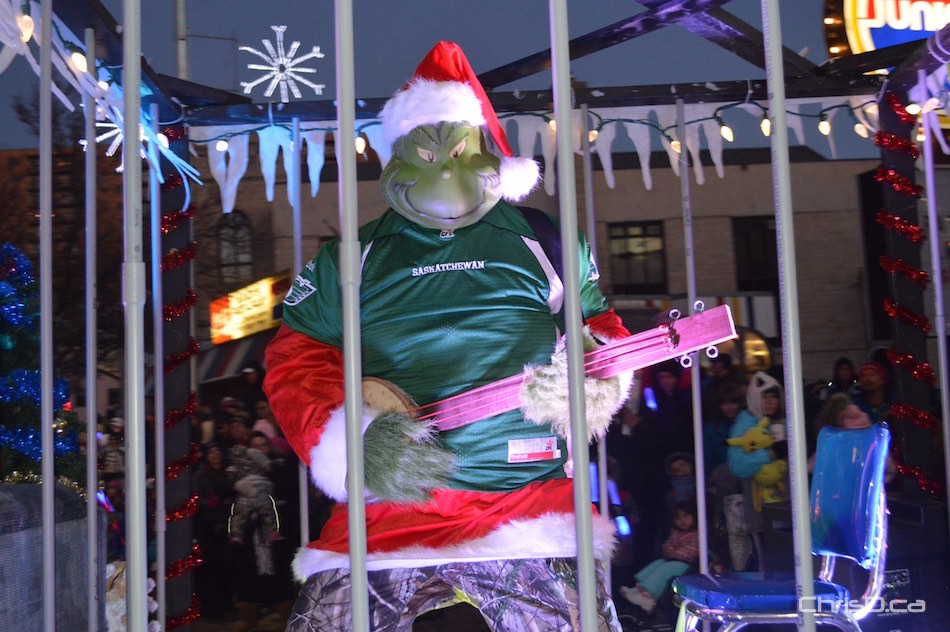 The Grinch was part of Saturday’s parade, and revealed that he is a Saskatchewan Roughriders fan. (DAVE BAXTER / CHRISD.CA) 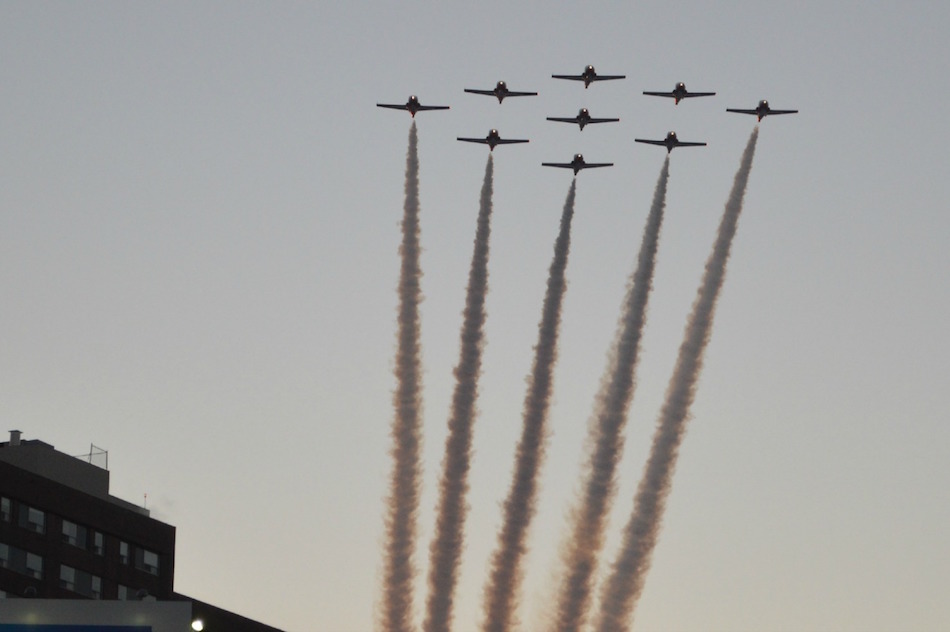