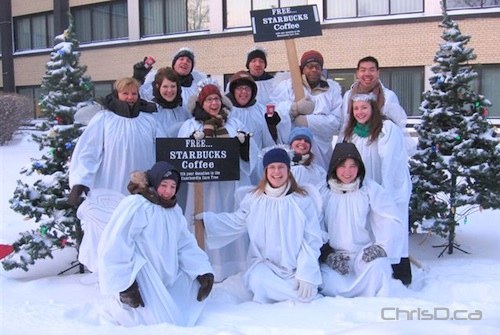 An attempt to create a record-breaking “angel squad” will bolster its efforts today.

The foundation gathers each holiday season to line the Maryland Bridge to raise drive-by donations for the MHCF while “angels” decked out in all white draw drivers’ attention with their halos and wings.

The goal is to beat 1,039 angels, which was set in Hauzenberg, Germany.

The angel squad will be out Wednesday, December 2 and Thursday, December 3. Drive-by donations are welcome in Sherbrook loop. Cash, cheque, MasterCard or Visa will be accepted and every donation over $10 is eligible for a tax receipt.

Donations can also be made by calling (204) 788-8458 or visiting misericordiafoundation.com.