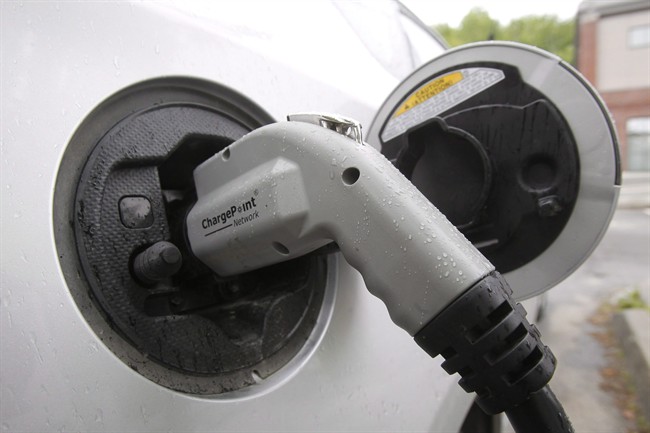 An electric vehicle is shown attached to a charging station on Tuesday, June 18, 2013 in Montpelier, Vt. (THE CANADIAN PRESS/AP-Toby Talbot)

Up to eight new public electric-charging stations will be installed at Winnipeg’s James Richardson International Airport.

“This partnership will result in creating opportunities for everyone, from members of the public to taxi drivers and airport employees, to make greater use of electric vehicles,” said Premier Greg Selinger.

Winnipeg’s airport is already home to a charging station for battery-electric buses.