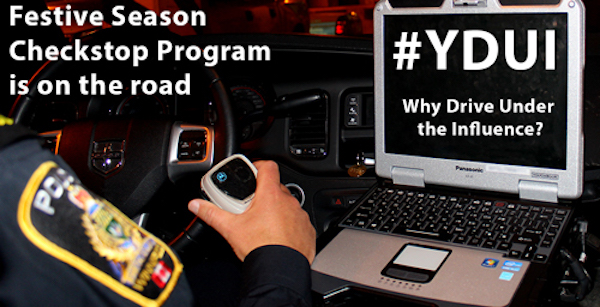 The Winnipeg police Festive Season Checkstop program is on the road until December 31st. (WPS / HANDOUT)

Winnipeg police and RCMP will be ramping up their enforcement efforts to catch those who choose to drink and drive this holiday season.

Both police agencies launched festive checkstop programs on Friday until New Year’s Eve, where police will on high alert looking for impaired drivers.

“Our message is simple, if you choose to drink, don’t drive. Have a plan in place before you go out this holiday season,” said Const. Stephane Fontaine, impaired driving countermeasures coordinator with the Winnipeg Police Service.

“Take a cab or a bus, contact Operation Red Nose or designate a sober driver for the night. With the many safe alternatives for a ride home this holiday season, ask yourselves — and your loved ones — ‘Why drive under the influence?’”

Last year, police charged 45 people with driving impaired in Winnipeg. Names of those charged this year will once again be made public.

“Some of your loved ones, friends and fellow neighbours are not getting home to their families because of impaired drivers, and it is our priority to change those irresponsible behaviours,” said Sgt. Bert Paquet of the Manitoba RCMP.

RCMP have also launched a social media campaign called #ImpairedReality. The campaign will show the public “the harsh reality of impaired driving and what the true consequences can be,” police said in a release. 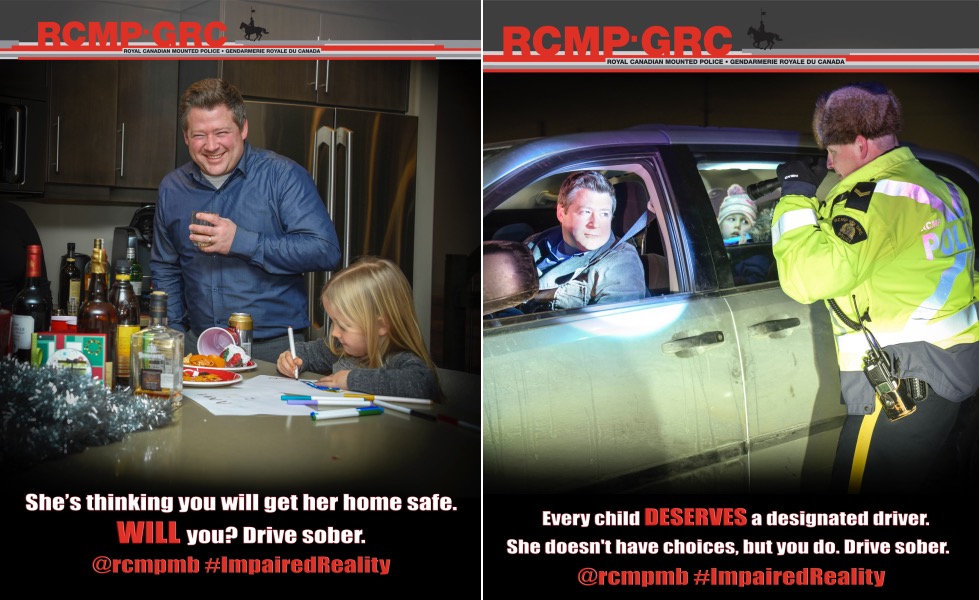