Warm Weather Has Donations Down at the Christmas Cheer Board 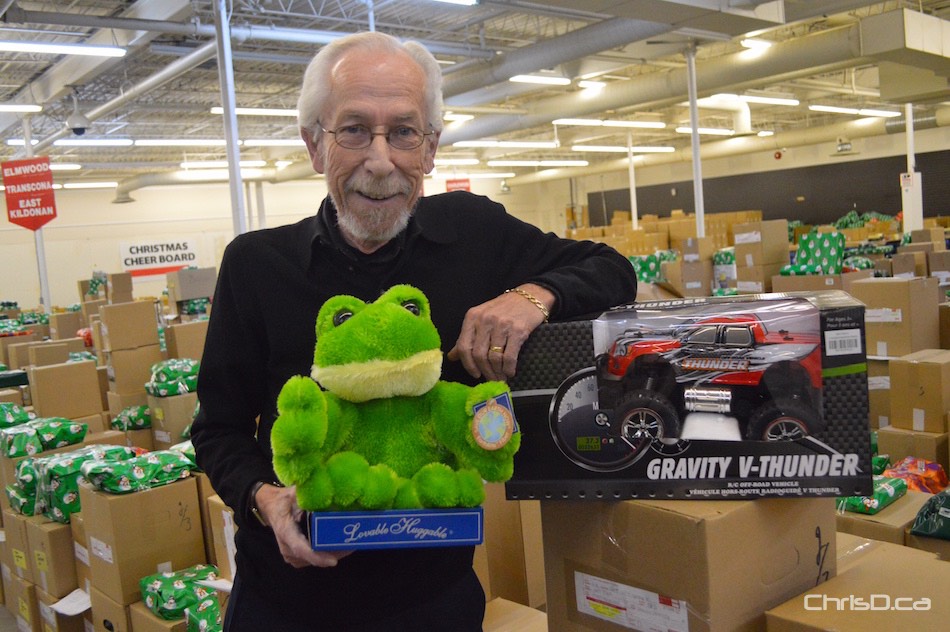 Christmas Cheer Board executive director Kai Madsen says donations are down so far this year, and they are hoping for more donations of food, toys, and cash. (DAVE BAXTER / CHRISD.CA)

It may not feel like Christmas in Winnipeg because of the warm weather, but there is still a whole lot of need at the Christmas Cheer Board.

Donations are down at the Cheer Board so far this year, and executive director Kai Madsen believes a lack of ice, snow and cold temperatures is a big reason for that.

“We need that blast of white stuff,” said Madsen. “People are subconsciously feeling like this isn’t Christmas time, and it’s because it doesn’t feel like a normal winter.

No matter how many donations come in, everyone who is approved for a hamper will get one, but Madsen said the Cheer Board could “go in the hole” in the New Year when it comes time to pay their bills.

“I’m not losing any sleep yet, but I emphasize the word yet,” said Madsen.

Donations help out people across the city, and Madsen said poverty and need are not just inner-city issues.

“A lot of people think we are just handing out hampers in places like the North End, so that really is the perception, but that is not the reality.”

The Cheer Board accepts food items and new toys, but one donation that would also help is cash because they end up buying a lot of the groceries and toys they give to families.

“And we can really stretch a dollar,” said Madsen.

The Cheer Board is also hoping for donations of things like cake mix, candy and nuts, because they want donations that are specifically geared towards Christmas.

Last year the Cheer Board gave out about 18,000 hampers that helped out about 50,000 people in Winnipeg, including approximately 20,000 kids.

With all those families getting help from the Cheer Board, Madsen would also like to see more toy donations, because he believes no kid should wake up on Christmas morning without a toy to unwrap.

To see the different ways you can donate to the Christmas Cheer Board go to christmascheerboard.ca.