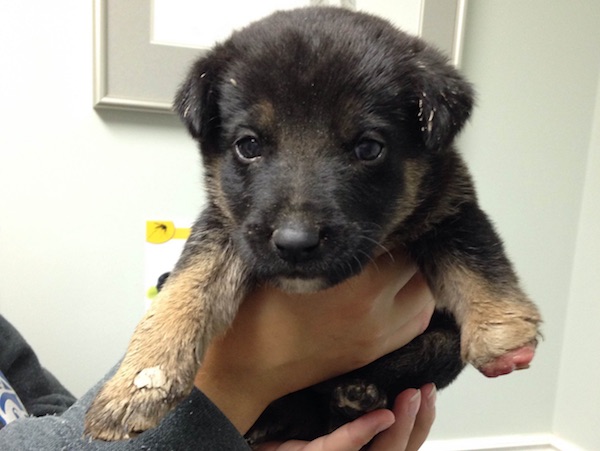 Funds are being raised to help out a four-month-old Shepherd cross missing its front paw.

Manitoba Underdogs Rescue took in Solo after she was found in a northern community. Staff say the puppy was malnourished and had an infected stump.

It’s unclear how the paw became to be, but rescuers suggest the pup got its foot caught in something and her mother chewed the rest of it off in an attempt to save its life.

“Solo has being working very hard on getting stronger, so she’s a good candidate for surgery,” said MUR executive director Jessica Hansen.

“We’ve been taking her to the vet for regular injections to try and raise her red blood cell count so that her leg can be removed. As of right now, her surgery has been scheduled for December 15. We’re very anxious to get her through this and healing. It’s so awful watching her try and get around with a stump where her paw should be. She’s been through so much.”

Donations are now being accepted at Southglen Veterinary Hospital and on the Manitoba Underdogs website.

← Previous: Warm Weather Has Donations Down at the Christmas Cheer Board Next: Police Arrest Joyriding Robbery Suspect on Henderson Highway →
Tags: Animals | Manitoba